Another one in Akron is among the 35 recipients The National Trust for Historic Preservation's African-American Cultural Heritage Action Fund is giving out $4 million in grants to 35 historic Black churches this year, and three are in Northeast Ohio.

Called Preserving Black Churches, the program will “help historic Black churches and congregations reimagine, redesign, and redeploy historic preservation to address the institutions’ needs and the cultural assets and stories they steward.”

“No pillar of the African American community has been more central to its history, identity, and social justice vision than the ‘Black Church,'” said Dr. Henry Louis Gates, Jr., Professor, Historian, Filmmaker, and Advisor of African American Cultural Heritage Action Fund in a statement. 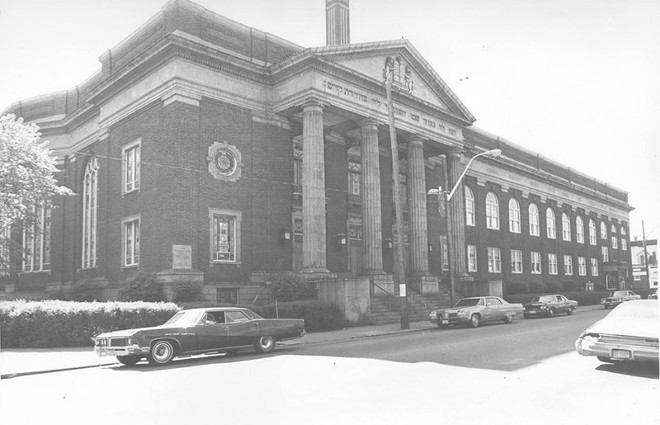 With the grant from Preserving Black Churches, Cory United Methodist Church will “hire its first director of preservation to lead the building's restoration efforts and continue its legacy as an active church and transformative community landmark.”

East Mountain Zion Baptist Church was established in 1908 by Alexander Robertson, who came from South Carolina to Cleveland during the Great Migration. After meeting in different locations through the years, East Mountain Zion moved to the historic Euclid Avenue Christian Church building in 1955, where it has served its congregation and community since.

"Three years ago EMZ should've been a parking lot. We were in negotiation with the clinic to sell and leave," Reverend Brian Cash, M. DIV, told Scene. "Three years ago, when the pandemic hit, in February of 2020, we all decided, as kind of a spiritual awakening, that it was time to rethink that decision and to stay and preserve and restore."

There has been a lot of delayed maintenance before and after that, something the grant will help address after the church raised $200,000 on its own just to stabilize the property, address stonework and replace a boiler.

"We had this unctioning that we wanted to create a project where it first starts with us. And it started with building our relevance in the community, increasing the people we serve but also raising funds to be able to stabilize the building so we could increase the work we're doing."

Now they're "actually getting into the nitty gritty" of preservation work." The grand total of that is in the millions.

"We realized this project requires participation from other folks outside of our congregation. We need contributions from foundations, from philanthropists," Cash told Scene. Beyond this grant, they received one from the National Fund for Partners of Sacred Spaces (one out of 12 chosen out of more than 200 applicants).

"Now we've received funding to engage a capital campaign consultant and an architectural firm to help us rethink how old spaces can be repurposed for the future," Cash said.

The dollars we receive from the Preserving Black Churches grant will allow us to engage a consultant company who helps us do interviews with philanthropists, helps us build a strategy for raising money, and do a feasibility study on the campaign."
It's all in the goal of what Cash said is bringing the church back to the community as a resource.

"Our goal is to reimagine and repurpose how we once were, a kind of beacon light in the neighborhood."

In Akron, Wesley Temple African Methodist Episcopal Zion Church has served as Akron's oldest Black congregation since 1864. A community pillar, the church dedicated its current church building nearly a century ago in 1928.

Wesley Temple African Methodist Episcopal Zion will, “use the grant to replace the roof and repair the chimney. Now this long-time nucleus for the Black community's religious, cultural, and civic activity will be preserved to its original beauty.”