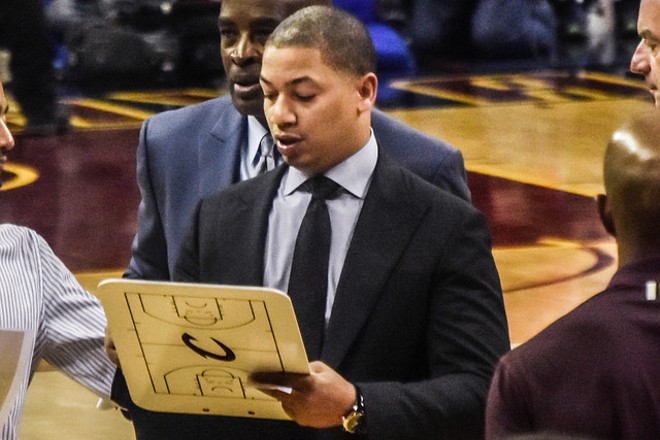 The Cavaliers announced today that Tyronn Lue, who's been dealing with unspecified health issues recently, will be stepping away from coaching the team in an effort to focus on his health.

LeBron had told reporters that it's certainly been affecting the team but, of course, Lue's recovery and health were paramount on everyone's minds.

"We worry about his health, obviously. That's way more important than this game of basketball. We know he's been doing everything he needs to do to stay healthy — (maybe he should) take even more measures to get himself right," James told reporters over the weekend. "But anytime he doesn't come back to the bench, it's just an alarm going off, obviously. Like I said, his health is more important. He's not going to talk about it so I don't want to talk about it no more either. That's just how he is and I don't want to get too much into it."

Assistant coach Larry Drew will take over the duties during what is hopefully a temporary absence followed by a full recovery.

In a statement, Lue said:

"After many conversations with our doctors and Koby and much thought given to what is best for the team and my health, I need to step back from coaching for the time being and focus on trying to establish a stronger and healthier foundation from which to coach for the rest of the season.

I have had chest pains and other troubling symptoms, compounded by a loss of sleep, throughout the year. Despite a battery of tests, there have been no conclusions as to what the exact issue is.

While I have tried to work through it, the last thing I want is for it to affect the team. I am going to use this time to focus on a prescribed routine and medication, which has previously been difficult to start in the midst of a season. My goal is to come out of it a stronger and healthier version of myself so I can continue to lead this team to the Championship we are all working towards.

I greatly appreciate Dan Gilbert, Koby Altman, our medical team and the organization's support throughout."

“We know how difficult these circumstances are for Coach Lue and we support him totally in this focused approach to addressing his health issues.”