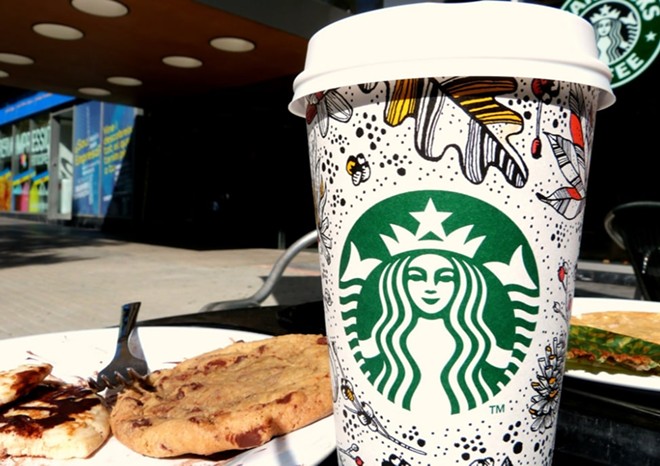 With a unanimous 10-0 vote Tuesday, workers at the W. 6th location of Starbucks in downtown Cleveland will officially form a union, becoming one of the first two locations in Ohio to do so.

Workers at the W. 6th location were the first in Northeast Ohio to declare their intent to unionize, filing a petition with the National Labor Relations Board in January. They wrote a letter to Starbucks CEO Kevin Smith, outlining a series of grievances related to their employment during the pandemic and explaining their desire for collective bargaining.

"We see unionizing as the best way to achieve true partnership, beyond just the title of 'partner,'" the letter reads. "Through this union, we are committing to our goals of improving our own work lives, establishing equity and equality within our store and the company, and doing our part to move the company forward. By signing onto these principles, Starbucks can prove itself as a partner alongside us in this commitment."

In the leadup to the Tuesday election, workers had their hours cut, their schedules altered, and were bombarded with anti-union talking points from management.

“Today marks a great victory for the workers at the West 6th Street Starbucks, and for the entire greater Cleveland labor movement," said Dan O'Malley, president of the North Shore AFL-CIO, in a statement following the vote. "These hourly-wage workers endured unrelenting attacks from high-priced union busters as they joined together to form a collective voice in their workplace. No matter what adversity came their way, these Starbucks employees stood strong, and they won. On behalf of the Cleveland labor movement, congratulations and welcome to the family.”

A Starbucks location in downtown Columbus has also voted to unionize. Several other Cleveland locations have petitioned the NLRB, and are likely to participate in elections of their own in the coming weeks and months.