Wanderu, Site That Helps You Find and Book Bus Trips, to Launch in Cleveland Wednesday 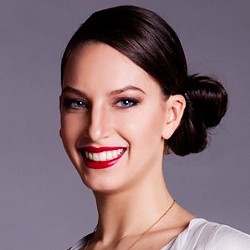 Raygorodskaya, Courtesy of Wanderu
"I hate the airport experience," says Polina Raygorodskaya. She's the co-founder and CEO of Wanderu, a site that helps travelers find and book bus trips which is set to launch in Cleveland this Wednesday.

"I hate having to get there so early. I hate the workers who are just super rude and treat people like crap because they can and you can't say anything about it because if you do, you're a terrorist. I hate that I can't take water through security. That's crazy."

What about bus travel?

"With buses, I can get there 10 minutes before departure," Raygorodskaya says. "I plug in my computer, I get on wi-fi and I'm working for the next four hours until I get to my destination. I stay productive, and then I get dropped off in the center of the city, instead of having to go to some obscure airport location."

These latent preferences had been burbling as Raygorodskaya, a former model, traveled regularly from her home in Boston to New York City, where she ran a PR firm for fashion companies. But it wasn't until a cross country road trip in 2011, when a ride share from Virginia to Indianapolis fell through, that she was inspired to launch Wanderu with her friend Igor Bratnikov (now COO).

"That was the tipping point," says Raygorodskaya. She's speaking to Scene by phone from her home in Boston, and in three hours, she'll be on a flight to San Francisco for more Wanderu meetings.

The big news in the Midwest, though, is that this Wednesday, the site will officially be updated with regional schedules. The Midwest is the final piece of the national puzzle to be added to the Wanderu network and Raygorodskaya says that, with their current partnerships (about 30 providers) Wanderu has 70 percent coverage of the United States with more than 1,000 destinations.

Not only can you can plan routes on Wanderu. You can purchase tickets too.

"We really get to control the customer experience," Raygorodskaya says, "And we've optimized it to make it as easy to use as possible."

That's important for millennials who are used to instant gratification, and who more and more, are opting for bus and train travel for the cost and convenience.

Wanderu is constantly adding partners — there are more bus lines operating between New York and D.C. than there are airlines nationwide, to give you an idea — and will continue to do so as it builds capacity and funding over the next couple of years.

It turns out one of Wanderu's original investors was from Cleveland. Morris Wheeler, through his venture capital arm, Drummond Road Capital, put startup funds toward Wanderu. And the gamble has paid off. Wanderu won the SXSW Interactive Accelerator Award in 2013, and looks to become a major force in the travel industry — "Expedia for the Greyhound set," as dubbed by NBC's Bay Area affiliate.

(Courtesy of Polina, here is an example (CLE > CHI) of the guides that Wanderu does for different popular destinations. It updates daily with live schedules for the week of the cheapest price per day and a little about each city.)