Wiley Bridgeman, Exonerated in 2014 After Decades-Long Wrongful Imprisonment, Dies at 66 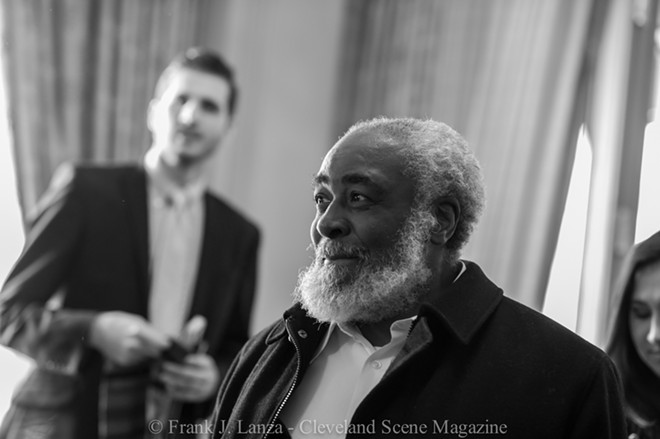 Wiley Bridgeman on the day of his release.

Wiley Bridgeman, one of three young men wrongfully convicted for a 1975 murder on Cleveland's east side, has died at 66 after a long illness. Bridgeman passed away Sunday at his home in Richfield with his brother Kwame Ajamu at his side.

Ajamu, formerly Ronnie Bridgeman, was also accused of the 1975 murder of Harold Franks. After his release, he worked tirelessly to secure the exoneration of Bridgemen and Jackson, who were serving life sentences.

Wiley Bridgeman and Ricky Jackson were finally exonerated in 2014, after 39 years behind bars, thanks in part to reporting by Kyle Swenson in Scene and the legal advocacy of the Ohio Innocence Project.

The City of Cleveland later paid the three men $18 million as part of a settlement agreement. (It was Cleveland police officers who coaxed a 12-year-old boy to finger Jackson, Bridgeman and Ajamu on the stand, testimony which the boy recanted much later in life.)

A statement from Bridgeman's attorney, Terry Gilbert, said that Bridgeman has managed to find some peace at his home in Richfield these past few years, surrounded by nature and his family. Bridgeman struggled with mental health challenges during his incarceration but found a vocation as a poet. He published a collection of his work titled “It’s A Something I Missed to Tell You."

"Wiley’s memory will serve as a testament to the thousands of men and women who are victims of wrongful convictions and police and prosecutorial misconduct," Gilbert's statement read.