With New Funding, African-American Cultural Garden Should Be Able to Begin Phase 2 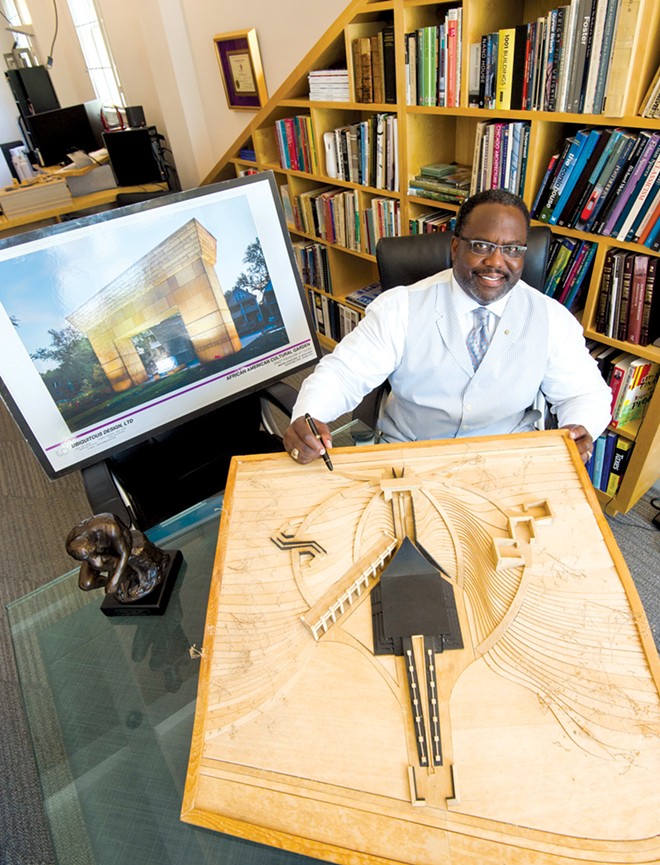 The African-American Cultural Garden has reportedly reached another fundraising milestone with the passage of legislation Monday. According to Cleveland Councilman Kevin Conwell, whose Glenville ward includes MLK Boulevard and the Cultural Gardens, this new funding should be enough to begin work on the second of three phases.

Cleveland City Council voted to amend legislation passed last year to accept a grant from the Cleveland Foundation for the project. The initial grant amount was for $325,000. The amendment passed Monday would provide an additional $175,000.

"We have $800,000 from other funding streams," Conwell said at a Monday afternoon meeting. "We met with Mayor Bibb two weeks ago and are looking for about $2 million to complete the third phase."

Conwell said that the local Association of African-American Cultural Gardens anticipated completing its total fundraising by the end of 2022 or early 2023.

City Council's Finance, Diversity, Equity and Inclusion Committee all enthusiastically supported the increased funding measure. All members of the committee signed on as co-sponsors and expressed that the city should commit all it can to complete the garden, which has been in progress for years.

"It has been in the works for quite some time," said Councilman Anthony Hairston. "And I think we just really want to see it finished."

Originally dedicated in 1977, the African-American Cultural Garden broke ground on its four-acre plot on MLK Drive in 2015. Architect Daniel Bickerstaff designed the garden, which is meant to represent the Middle Passage of the Trans-Atlantic Slave Trade and the ensuing rise of African-Americans in the United States.

"These are torturous things we're representing," Bickerstaff told Scene in an interview years ago, "but I wanted the design to be beautiful, to be elegant, and to be something we're proud of as a community."

The existing design includes a sandstone portal and black granite corridor on the plot's upper level. New elements will include a black granite pyramidal structure and a water element representing the Atlantic Ocean and North American Waterways leading to a "celebratory fountain" and walkway on the lower level.