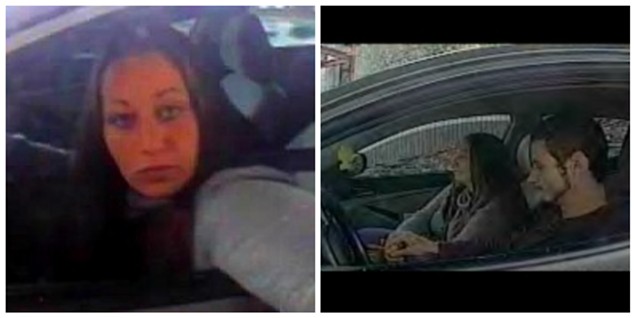 The FBI announced today that the woman in the Warwick, Rhode Island, photos is not Ashley Summers.

“The FBI received several tips regarding this lookalike photo. A couple of possible individuals were identified. The FBI and local law enforcement worked collaboratively to identify these individuals. These individuals were determined to not be Ashley Summers,” FBI Special Agent Vicki Anderson said in a statement.

Over the weekend, the family of Ashley Summers contacted the Cleveland FBI to report that a woman in a photo of suspected identity fraud criminals in Rhode Island bears a striking resemblance to the long-missing girl.

The Warwick Police Department released a photo of two people suspected of running an ATM and identity fraud scheme. As the Summers family reported to the FBI, the woman indeed looks like Ashley, who would be 21 years old currently.

"There is a striking resemblance," Cleveland FBI media coordinator Vicki Anderson says. She confirmed to Scene that an email was sent from the Summers family this weekend.

Now, police in Warrick are seeking information on the two suspects — any identification that could lead to an arrest and further information for the Summers family.

Ashley Summers was reported missing July 9, 2007. She was last seen in the area of West 96th Street and Madison Avenue near her home. Her case was linked for years, if only tangentially, to the cases of Amanda Berry and Gina DeJesus. Little information on the case has ever been publicly released, and the FBI has never determined whether she ran away willingly or whether she was abducted.

"We've gotten information along the way but it always seemed to be outdated," Anderson says, referring to supposed witnesses who report to the FBI that they may have seen Ashley months prior. Still, "any lead we get, any tip we get we follow up on," she adds.