How CBG Can Be the New CBD: Benefits, Effects, & More 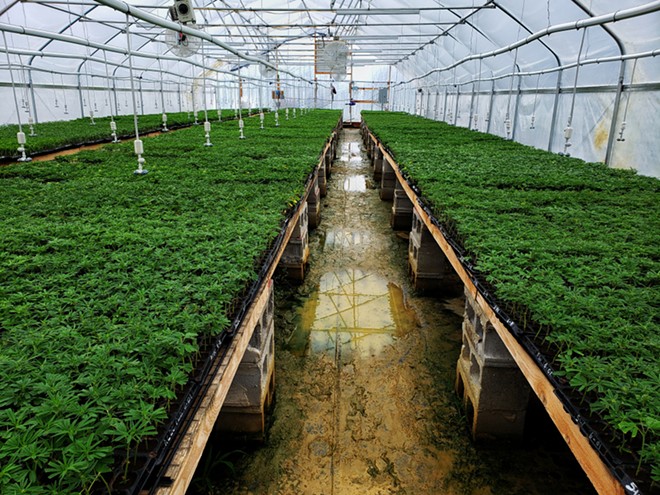 In 2021, a Hemp Industry Daily survey revealed that an unprecedented 43% of American hemp farmers now set aside at least some of their fields for CBG-rich hemp. Cannabigerol (CBG), a distant cousin of CBD, has quite suddenly erupted into popularity among hemp farmers, reflecting increased consumer interest in this intriguing new cannabinoid.

What, exactly, is CBG, and why do some hemp experts consider it to be the “new CBD?” Learn more about what CBG is and what it can do, and get up to date on the latest research fueling the ever-growing CBG craze.

CBG is a non-intoxicating cannabinoid naturally found in Cannabis sativa. Originally drawing interest due to its involvement in the development of other cannabinoids in hemp flower, scientists rapidly caught on to CBG’s potential therapeutic benefits.

Like CBD, CBG has been researched for potential anti-inflammatory properties. CBG also seems to have some benefits, though, that are all its own.

What Is Full-Spectrum CBG Oil?

Online, CBG is usually offered in “oil” or tincture form, and CBG oils that also contain minor cannabinoids and terpenes are referred to as “full-spectrum.” If theories regarding the entourage effect are correct, full-spectrum CBG oil may be far more effective than isolated forms of the cannabinoid.

CBD and CBG are more similar than they are different. Both are naturally occurring cannabinoids found in hemp, for instance, and users report that both CBD and CBG have mild, relaxing effects.

These two cannabinoids appear to act in subtly different ways in the human body, though. CBD has been widely researched for its potential to help with epilepsy, for instance, while CBG doesn’t appear to have any antiepileptic potential.

What Does CBG Do?

Scientists are very curious about the ways in which the benefits of CBG might diverge from the benefits of CBD. No matter how much CBG you take, you won’t feel high, but this cannabinoid operates inside the human body according to its own unique set of biochemical mechanisms. CBG simply does different things from CBD, and the two cannabinoids might complement each other nicely.

What Are the Benefits of CBG?

Compared to CBD, considerably less research has been conducted into the potential benefits of CBG so far. Based on what we do know, however, this non-intoxicating cannabinoid appears to show the most promise in the fields of inflammation reduction, pain relief, and neurological care.

Most cannabinoids and terpenes found in hemp flower are believed to have anti-inflammatory and antioxidant properties. According to the latest research, CBG seems to be no different. A 2022 clinical evaluation of lab-produced CBG, for instance, found that this cannabinoid exerted anti-inflammatory properties that may make it even more useful in topical products than CBD.

CBG has been known to be a potentially pain-relieving cannabinoid since as early as 2008. More recent research from 2021 echoes these sentiments by observing that synthetic forms of CBG appear to have analgesic properties.

Many things CBG can do other cannabinoids can do also. One area in which CBG truly stands out, however, is in its potential to help with neurological conditions.

The review referenced above also covered research into using CBG for inflammatory bowel disease and other inflammation-related gut conditions. Furthermore, it investigated studies conducted to find out if CBG has antibacterial qualities. Just like CBD, it appears that CBG has a vastly wide array of potential benefits and that we’ve only just started scratching the surface.

CBD & CBG: Better Together Than Apart

In the world of pharmaceutical drugs, you often come across the “either-or” question. Either I take this drug, or I take that drug — I can’t take both since they might negatively interact.

There’s no such issue with cannabinoids. They all came from the same source, so they’re inherently designed to interact well.

Cannabinoids interact with each other so well in the human body, in fact, that some scientists believe a synergy may occur between these hemp-derived substances when they’re used together. Dubbed the entourage effect, this phenomenon has the potential to make CBD, CBG, and every other cannabinoid even stronger.

Don’t view CBG as an alternative to CBD. While each cannabinoid might individually be more useful for specific conditions, overall they’re at their best when they’re used together.

CBG isn’t replacing CBD. It’s simply stepping up to CBD’s side as an increasing number of scientists and hemp users start recognizing its immense potential to help. Try CBG for yourself to truly evaluate its potential benefits — and don’t forget to bring along some CBD as well.