Cleveland's Best Fast-Casual Eateries on the Recipe for Success 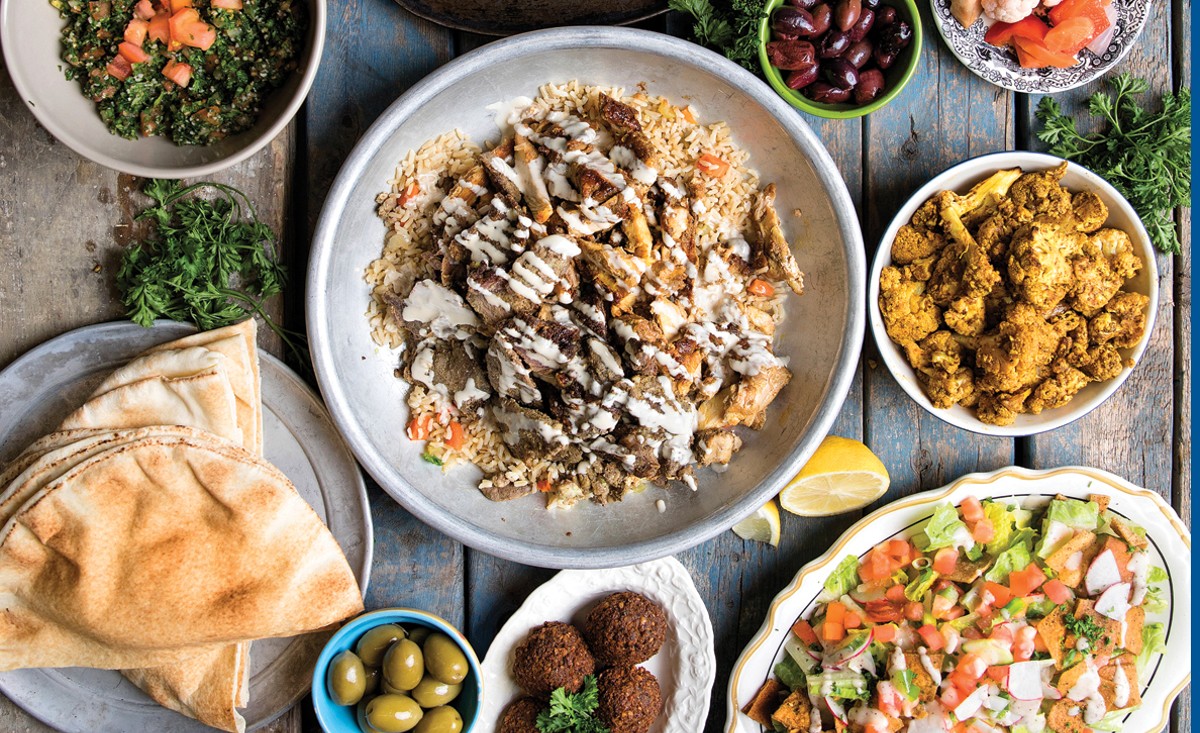 There's a popular saying that goes something like, when it comes to "fast," "good" and "cheap," you only get to pick two. While that certainly holds true with respect to fine carpentry and web design, it is no longer the case when it comes to dinner. Over the past few years we've seen the emergence of a new breed of restaurant that blurs the line between conventional fast-casual and full service. These spots satisfy our desire for quick, informal and affordable dining while still delivering on the high-quality food front. Whether you call this genre of eatery fast-casual, fast-fine, or fine-casual, it appears to be an unstoppable trend.

While the menu, decor and seating options vary by concept, these restaurants are united by process. Instead of being shown to one's table by a host, provided with menus, and attended to by a service staff, regulars know to order and pay at the counter before grabbing a seat and waiting for their name or number to be called. And when that number does come up, it's usually a sign of good things to come.

One of the most illustrative of this new breed is Landmark, which opened last spring in the former Diner on Clifton space following significant physical improvements. As is customary at fast-casual spots, diners walk up to a counter, place their order, pay, and seat themselves in the dining room. But that's where the similarities end. Instead of summoning guests to collect their food from a pickup window, staffers deliver it to one's table. At the other end of the meal, those same employees clean up after us, obviating the need to tip plastic trays into grease-covered receptacles.

Of course, it's what happens in between that counts the most. Landmark might satisfy our desire for uncomplicated efficiency, but it does so without serving a single portion of steam-table goo. Items like the Montreal-style smoked meat and brisket take days to prepare, the Club sandwich stars house-smoked turkey and bacon, and the fried chicken is cooked to order and exceptional. Also included in the deal are alcoholic beverages, real tableware and utensils, and an attractive dining room in which to enjoy them.

"There does seem to be a need for another category," owner Constantine Katsaros argues, "because there is no way when someone comes down here and experiences what we're putting out that they'll think, 'This was a fast-casual experience.'"

Fast, but not Fast Food

I couldn't believe my eyes the first time I stepped into Choolaah Indian BBQ on Chagrin Boulevard. It wasn't so much the impeccably stylish interior that impressed, but rather the four barrel-shaped tandoor ovens prominently displayed in the glass-fronted kitchen. While unimaginative or uninformed scribes often characterize this homegrown concept as the "Chipotle version of Indian food," that description minimizes what's truly going on here.

"There are lots of Indian restaurants out there that copy the Chipotle method," explains chief creative officer James Nesbitt. "But to have fresh food cooked in real tandoor ovens is an audacious goal — and that's what we're taking on."

At Choolaah, long metal skewers are threaded with spice-dusted halal lamb, Bell and Evans chicken, and Ohio Amish-milk paneer and plunged deep into 600-degree tandoor ovens. Those crisp-edged proteins are served on a bed of fragrant basmati, doused with deeply flavorful sauces, paired with puffy, fresh-baked naan, and washed down with a tropical mango lassi. Fast? Yes. Fast food? Not by a long shot.

The owners of this Cleveland-born concept had the audacious goal of transforming the Indian food experience by offering upscale Indian food at fast-casual pacing and prices. Since launching here at the tail end of 2014, the fast-moving company has added four out-of-state locations.

We are lucky in Cleveland to have a wealth of quality Middle Eastern food options, including a large regional chain of popular full-service cafes. We're lucky because the food — savory lentil soup, citrusy fattoush salads, chickpea and parsley-stuffed grape leaves, spit-roasted chicken shawarma with creamy hummus — is as delicious as it is healthy. As much as we'd like to hit these spots on the regular, dining out adds up, even at so-called "modest" prices.

Enter Zaytoon Lebanese Kitchen, a fast-casual version of our favorite Middle Eastern restaurants. A smaller footprint proffering a tighter menu translates to across-the-board savings in buildout, rent, utilities, food costs and labor. Those savings are passed along to the consumer by way of prices that are often 10- to 20-percent lower than those at full-service spots. Add to that the absence of a service staff reliant on tips, and it's easy to see why cost-conscious consumers adore fast-casual.

Guests might be forfeiting waiters, busboys, tablecloths and wine lists, but they don't have to resign themselves to substandard fare.

"Everything that we are doing here is made from scratch," explains owner David Ina, "the pita bread, pickled turnips, labneh (Lebanese yogurt), hummus and desserts."

Burger King has long promised its customers that they can "Have It Your Way." But requesting that a person "hold the pickle, hold the lettuce" is a far cry from true customization. Ever since Chipotle introduced us to the build-your-own burrito concept, the act of letting customers pick and choose their toppings has been the driving force behind the fast-casual movement.

Corner 11 Bowl & Wrap does for poke what Chipotle did for the burrito. Since opening last winter, the cute Tremont spot has been winning over fans with its fresh, healthy and exceptionally customizable poke bowls, which are built around sushi-grade tuna or salmon. Everything from the base (greens or rice) to the unlimited toppings (20 different options!) to the sauces (Thai spicy, green curry, yum-yum, others too) are selected by the diner as they move down the line. The sheer number of possible combinations means that fickle customers never have to eat the same meal twice.