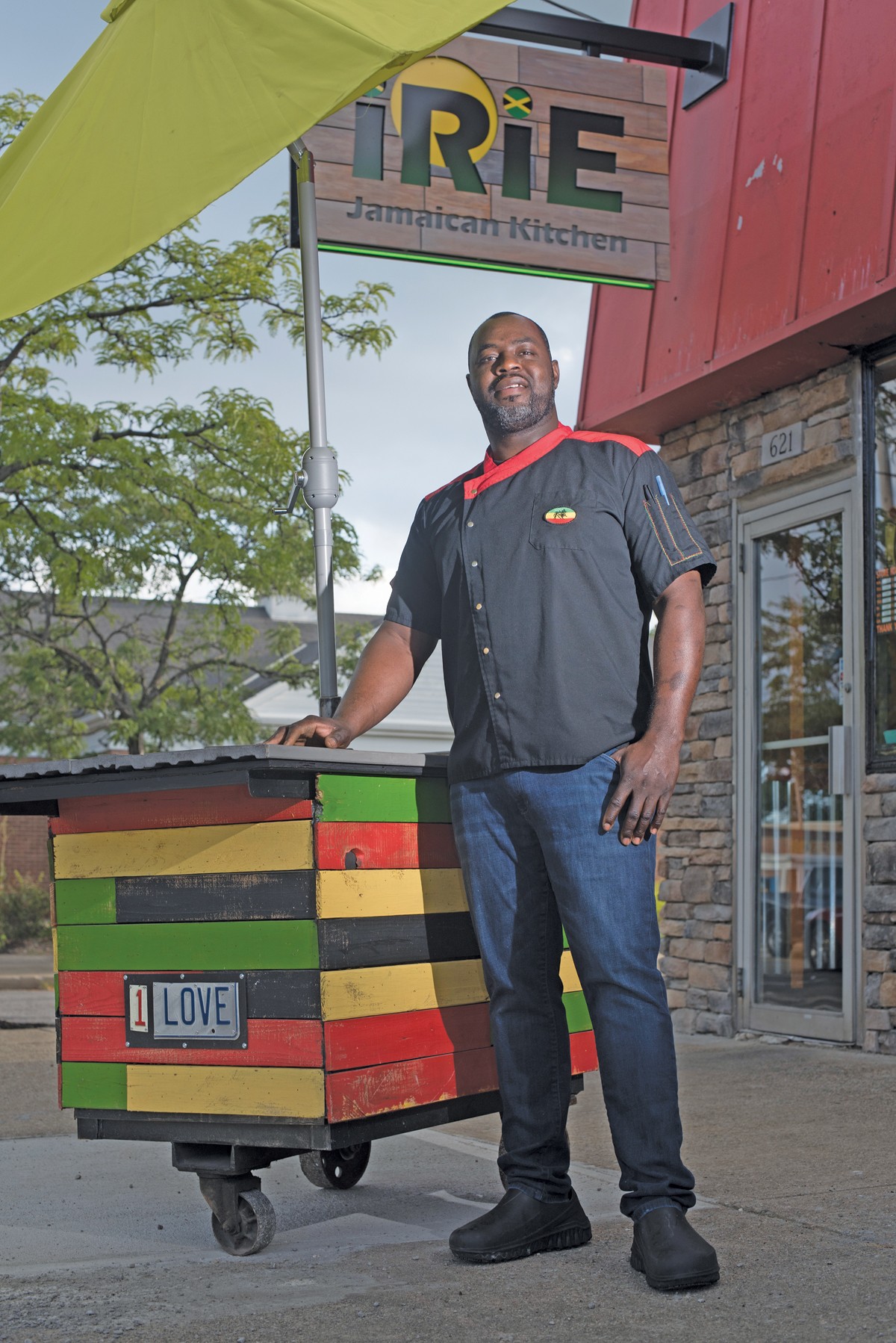 Omar McKay is perched on a stool at Stevenson's Bar, where he's picking at a plate of fried clams. It's a Monday, so his restaurant, Irie Jamaican Kitchen, is closed, but that doesn't mean there isn't plenty to do. In just a few weeks, he will open a second outpost of his popular restaurant on the west side of town, and he's already deep into negotiations for locations Nos. 3 and 4. To the casual observer, McKay might look like an overnight sensation, but that simply illustrates how challenging his path has been to get here.

McKay's first bite at the foodservice apple was an undiscovered joint called Irie Patties, a stall in the food court of Richmond Town Square, formerly known as Richmond Mall. The bill of fare was Jamaican food, which proved a disappointment to what few shoppers there were because most people assumed that "Patties" referred to hamburgers. Those brave enough to sample his jerk chicken or braised oxtails were rewarded with an authentic taste of the Caribbean and more than enough reason to return.

"I was surviving, but not making any money," McKay says of his tenure at the mall. "Eventually, I packed up and said, I gotta go."

McKay traded in the gloomy mall scene for a joyful spot on East 185th Street. After he got done with it, the 700-square-foot corner space, formerly a Royal Castle hamburger shop, was a Rastafarian dream done up in red, yellow and green. In addition to changing the name to avoid future confusion, McKay completely reinvented the menu and dining experience in an attempt to appeal to a broader clientele.

"Most Jamaican spots weren't friendly, weren't inviting," he explains. "I was thinking about the fast-casual concept, because I didn't see anybody doing it at the time. Food is like anything else: People want different."

McKay took a cuisine that is exciting and delicious, but often intimidating, and made it approachable, accessible and even vegetarian-friendly. The jerk chicken is still like a firecracker going off in the mouth, but now it's served off the bone. Classic stews like curry chicken, curry shrimp and braised beef oxtails can be enjoyed with the customary warm cabbage, rice and peas and plantains, but now diners can elect to go the wrap or bowl route. Vegetarians can tuck into a flavorful bowl of curried vegetables, "Rasta" pasta is topped with a spiced Alfredo sauce with Jamaican flair, and creamy mac and cheese is crowned with boneless jerk chicken, the restaurant's top-seller.

McKay grew up in Trelawny Parish, just outside Montego Bay, Jamaica. After relocating to Northeast Ohio and graduating from high school, he received a culinary arts degree from Tri-C. Following gigs at Nauti Mermaid, Cleveland Chop and Paladar, the chef made the decision to strike out on his own. Judging by his success and future growth plans, it looks like the gamble is paying off.

"I got a good thing going, that's why I want to jump on expansion," says McKay. "One day, I want Irie Jamaican Kitchen to be a household name — and I think it can be."

For 20 years, Douglas Trattner has worked as a full-time freelance writer, editor and author. His work on Michael Symon's "Carnivore," "5 in 5" and “Fix it With Food” have earned him three New York Times Best-Selling Author honors, while his longstanding role as Scene dining editor garnered the award of “Best...
More
Scroll to read more Cleveland People articles
Join the Cleveland Scene Press Club