The Man in the Kitchen: Terry Bell 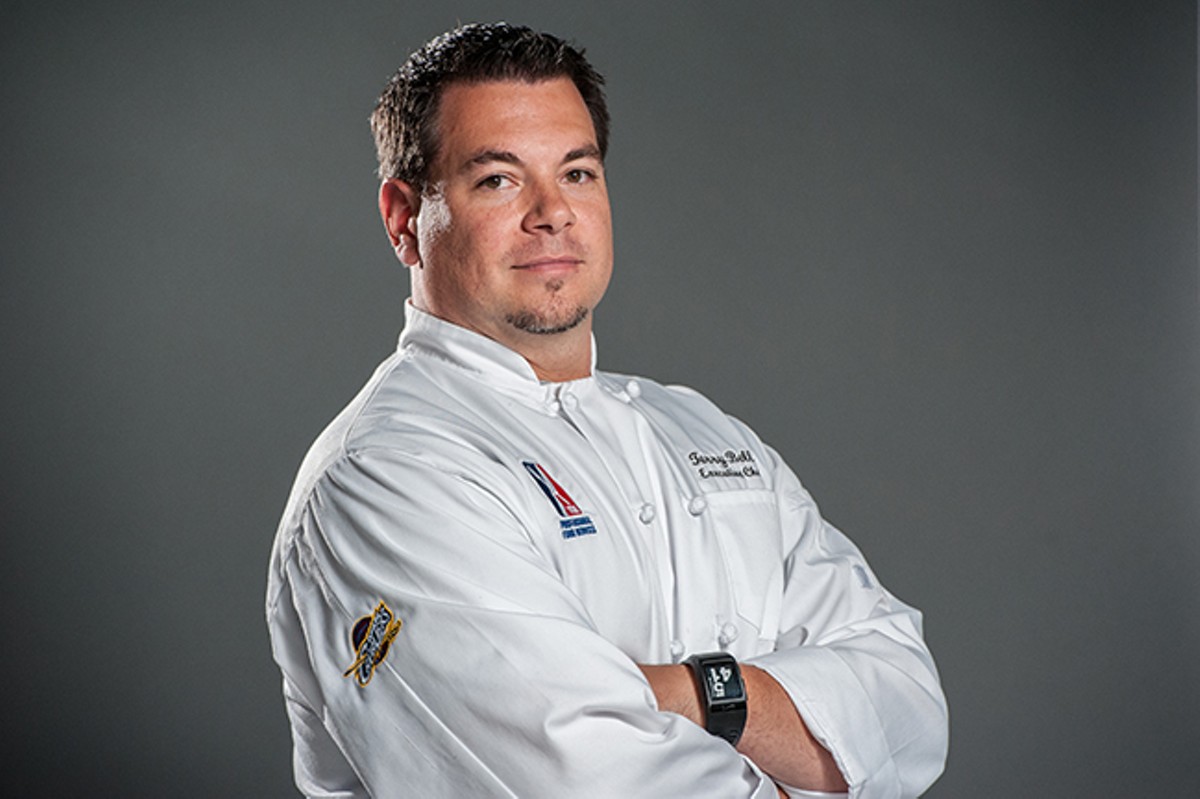 Life is made better by joining friends at the table for a good meal. And basketball players, coming together as a tight-knit family, know how to eat well, and have to. As the founder and owner of TGB Professional Food Services, Terry Bell oversees the massive culinary operation behind the Cleveland Cavaliers.

Mornings start early at the Cavs' practice facility in Independence. Bell gets in around 6 a.m. and sets to work on the breakfast spread — fresh-cut fruits, eggs, potatoes, turkey bacon and many other options rounding out the offerings. Much like fans see on the court, the players come together as one big family for those meals, Bell says.

His career started with study at Sullivan University in Louisville, Ky. From there, he bounced around at various spots in the region — fine dining, sports bars and everything in between. During much of the 2000s, he worked as the head chef at Rocky River Brewing Company.

Settling in with a professional sports team isn't how he initially envisioned his culinary path, but he's been having an amazing time along the way.

"I had to teach myself over again," Bell says, pointing to the challenge of crafting nutritional menus for professional athletes. He works with health specialists and nutritionists to assemble spreads, as well as the airplane meals during travel and, at times, outside gatherings at players' homes. "I enjoy what I do, and I meet a lot of great people," he adds.