Lakeview Cemetery: Basically THE Captain of Industry back in the booming age of oil and machinery. He started Standard Oil and became a tycoon and philanthropist; gravestone eerily reminiscent of Washington Monument.

Lakeview Cemetery: Iconic prohibition-era investigator in Chicago, later, the director of public safety in Cleveland; namesake of the greatest amber lager in history. 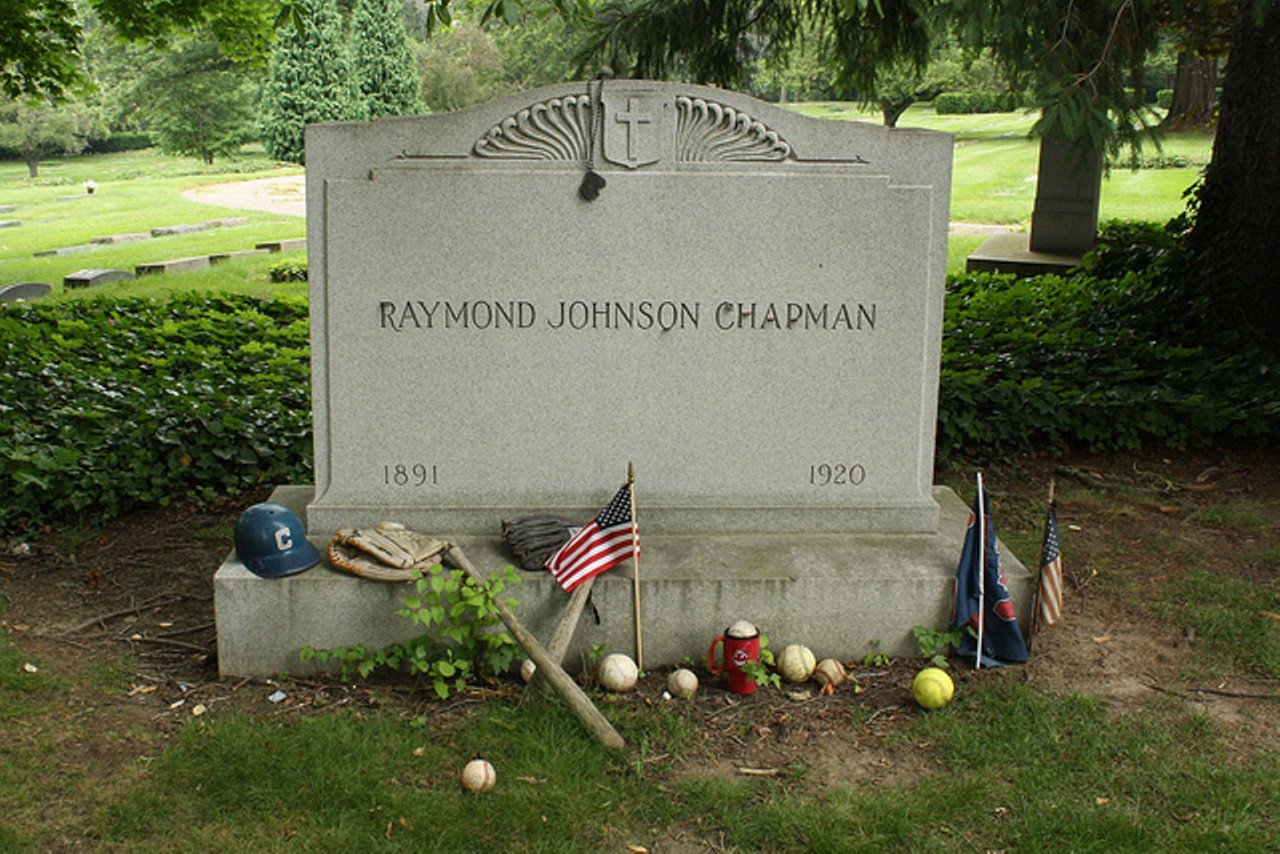 Lakeview Cemetery: Cleveland Indians' shortstop; only player in Major League history to die from being hit by a pitch; gravestone adorned with baseball memorabilia.

Lakeview Cemetery; Another baseball player to die from being hit by a pitch, only poor Cupid never made the majors. He played second base for the Ohio Central League and was a reported fan favorite; finally received headstone at Lakeview in 2010.

Woodland Cemetery: Black civil war vet; one of 86 buried at Woodland, though many headstones remain unmarked.

Woodland Cemetery; first black state senator in Ohio, and the man who introduced the bill to make Labor Day a state holiday in 1890. U.S. Congress adopted it as a national holiday in 1984.

Erie St. Cemetery; One of the more curious figures in Cleveland's history; Indian Sauk Chief who fought in the Black Hawk war against the U.S in 1830; sustained gun shot wound but survived and joined a vaudeville troupe in Cleveland to raise money for his tribe; died in the Warehouse district, but wanted to return to his home in Minnesota; still roams Erie Cemetery as city's most notorious ghost.

Erie St. Cemetery; Famous Iroquois Chief from New York who came to Cleveland and worked to preserve his people's rights and culture, and improve their welfare and image among white Americans; also was at one time credited for being inspiration for Chief Wahoo; buried next to Joc-O-Sot.