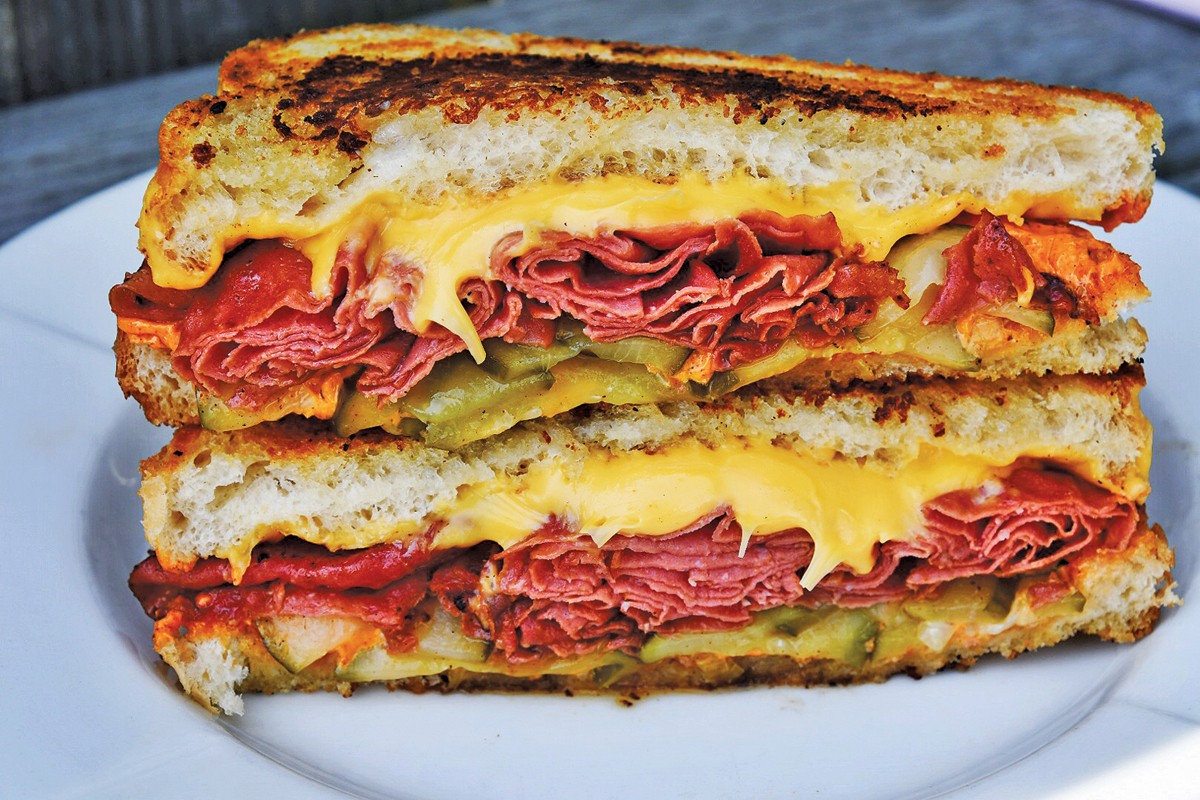 Just across the railroad tracks from Bay Village sits a modest little tavern called the Ironwood. It is unremarkable in every single way except for the food, which is prepared by a chef with a strong desire to please his customers, many of whom have been warming the barstools for longer than he's been cooking.

Since the dawn of time, the bill of fare at the Ironwood looked, smelled and tasted nearly identical to what slides across the pass at countless saloons; that is to say, generic pub grub. But ever since Lloyd Foust tied on the apron about a year ago, this pub has been ever so slowly transitioning to more of a gastropub. There are still wings, burgers and nachos, but those nachos are now made with real cheese sauce, dotted with feta, and garnished with a flush of celery leaves, a point of pride that the chef is quick to highlight.

"The original menu has been in place for nearly 10 years, with only small changes," explains Foust, who admitted to receiving some initial pushback from regulars. "But eventually they welcomed me and began to trust me, and now they'll come up to the window to thank me."

I've encountered lesser wedge salads ($8) at steakhouses than the one rolled out here. Two quarters of bracingly crisp, clean and cold iceberg are painted with thick, creamy and assertive Caesar dressing, golden brown croutons, oven-roasted cherry tomatoes and a snow squall of freshly grated Parmesan. Despite the pub setting, the salad arrives with a sturdy steak knife for effortless carving.

Sandwiches like the club, gyro and cheeseburger are grandfathered in from that long-standing menu, but now they're joined by a fried bologna sandwich ($12) starring thin-sliced meat, spicy pickles and gooey American cheese. Like all sandwiches, it arrives fresh from the griddle. I don't recall seeing a Cubano ($12) on the menu of many neighborhood taverns, and if I had, I'm pretty sure it didn't come fortified with thick ribbons of house-smoked pork shoulder. The hot-pressed sandwich was further stuffed with ham, Swiss, mustard and pickles, and even flaunted appropriate bread.

I'm not sure how many orders of Brussels sprouts ($7) the kitchen moves through compared to, say, the chili-and-cheese-smothered tater tots, but they're cooked right, laced with strips of crispy-fried salami, and dusted with an addictive granola crumble. Underneath, a small streak of strawberry aioli provides a sweet little surprise. Bright, fresh and full of lemon, the hummus ($9) is a wholesome alternative to the spinach and artichoke dip. It's paired with cucumber rounds and plenty of warm pita.

Of course, Foust couldn't write checks for quality products from Mediterra bread, Ohio City Pasta, Ohio City Farm, Green City Growers and Morningside Farm if he didn't have the blessing of his bosses. The Ironwood is owned by the same folks who run Market and Wine Bar in Rocky River and Southside and Hi and Dry in Tremont, so they understand food.

"I wanted to use the relationships that I had with small farms from working at the Black Pig," says Foust, who slowly worked his way up the ranks of that Ohio City bistro over a five-year tenure. "With the freedom that I have, it feels almost like my own restaurant as far as creativity goes – within reason."

That Ohio City Pasta fettucine ($14) is always around, but the preparation changes weekly. When we ordered it, it was cooked to a perfect al dente, tossed in just enough Alfredo sauce, and embellished with crisp-tender pieces of broccoli raab and meaty roasted mushrooms. Other recent preps featured Italian sausage and butternut squash, and chorizo and napa cabbage.

On Fridays – and every other day – the Ironwood prepares a pub-perfect fish and chips platter ($13) with copper-colored planks of beer-battered cod, its flesh milky and flaky. The fish sits atop a mound of skin-on fries that the kitchen has thoughtfully seasoned with salt and malt vinegar. Other mains include meatloaf ($12) with real roasted garlic mashers and un-frozen vegetables, maple-glazed salmon ($17), and a complete grilled sirloin steak dinner for $15.

On game days, the pub fills to capacity thanks to cheap drafts and enough bottles to pacify all but the most persnickety of ale drinkers. The space is far from cozy, with cold tile floors, dozens of flickering screens and rigid wood stools pulled up to high-top tables. But the volume is such that conversations can be held at normal volume, a quality rarer even than great grub at sports bars.