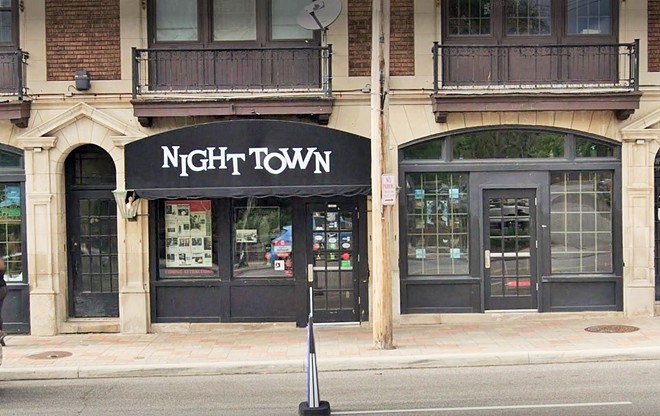 Google Maps
Nighttown has been sold. Owner Brendan Ring said the deal was signed last week at Johnny’s Downtown. Ring purchased the iconic Cleveland Heights jazz club and restaurant in 2001. He began working there a decade earlier as a bartender.

Ring says that after three months and “an incredibly difficult negotiation” period, he and the buyers finally came to a deal. What ultimately sealed the deal, he adds, was the new owners’ commitment to preserving the legacy that Ring and his former boss John Barr had cultivated since 1965.

While the new owner-operator wishes to remain confidential for now, Ring describes him as “one of the top-five dogs in the Cleveland restaurant scene — a person I respect immensely and I know you respect immensely. If I want Nighttown to continue and if I want to take it to the next level, I couldn’t put it in better hands than his hands.”

“There were a lot of tears, a lot of gratitude, a lot of confusion and a lot of fear,” he says of the reactions. “My blood, my sweat are in those walls. It’s hard to walk away from. But Covid has brought a lot of things into perspective. When this offer came along I said to my wife, you know what, it’s time to go smell the roses a little bit.”

Ring says the new owners intend to spend some time and money improving the facilities before reopening this summer.