After a 13-Year Hiatus, the Lobster Pot to be Resurrected in Willoughby Hills 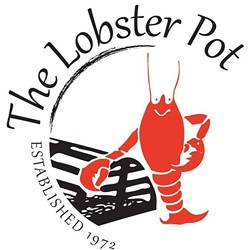 Chris Haffey’s father opened the Lobster Pot in S. Euclid back in 1972. The family ran the seafood restaurant for more than 30 years, apart from a break in the early 1980s. Haffey says that he’s been itching to revive the old institution for years but hadn’t found the right property.

“I haven’t found the right place and then this place in Willoughby Hills showed up,” he says. “It’s the perfect location; a lot of the customers who lived in S. Euclid are still in the area – and there’s no place like this around.”

Like the original, this iteration of the Lobster Pot (2749 Som Center Rd.) will be loosely modeled after a traditional New England-style lobster house. The space will be decorated with nautical artifacts like wooden buoys and floats, fishing nets, and the namesake lobster pots. A wooden dory will be suspended above the dining room. In addition to the regular tanks filled with live lobsters, the owner thought it would be fun to include a lobster-filled claw machine, where $2 buys a diner the chance to snag a live lobster.

The space, most recently the Pub 91 and a Spectators, will seat approximately 200 guests in the dining room, at the bar, and on the patio. Haffey is going for what he calls, “casual with an upscale twist.”

“We’ll have cloth napkins and tablecloths, so it will be still feel like you’re going out to a nice dinner and not a sports bar,” he explains.

In addition to the whole steamed Maine lobsters, the bill of fare will offer clam chowder, crab legs, lobster rolls and fried oyster Po’ Boys, to name a few.

Look for the Lobster Pot to open in early August.