Crop Bistro In Ohio City Is Closed, Though Owner Hopes to Reopen Someday 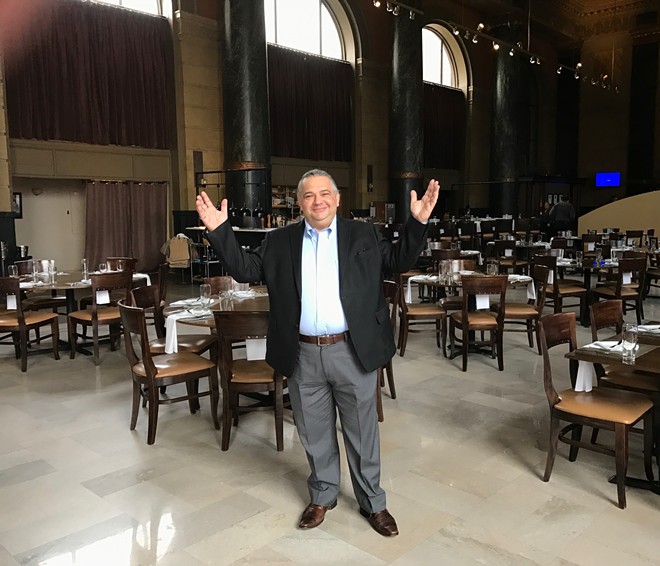 Crop Bistro in Ohio City has been closed since January, explains owner Marcelo Fadul, who took ownership of the grand space four years prior. Fadul says that the struggle to stay afloat in such a large space during the pandemic eventually proved too burdensome.

“We were doing very well,” Fadul says. “I bought [my partner] Tony George out.”

While Fadul says that he officially handed the property over to the landlord, he hopes to reopen the same concept in the same space.

“Right now, Crop is closed, but I have the expectation to reopen,” he says.

Fadul says that given the current state of indoor dining and fine dining, the historic bank building will be a hard sell to future tenants – at least at current prices.

Fadul says that daily operating costs hover at $1,000 when you add up rent, utilities and other expenses. Those soaring 35-foot ceilings are indeed an architectural marvel, but the voluminous space is murder to heat and cool. And given the unique physical qualities of the 100-year-old building, it would be nearly impossible to divide it into smaller, more tenable parcels.

Fadul says that he is in negotiations with MRN, his landlord, to reopen. But when reached for comment, Ari Maron of MRN stated, "We are not in any active conversations with the previous tenant."