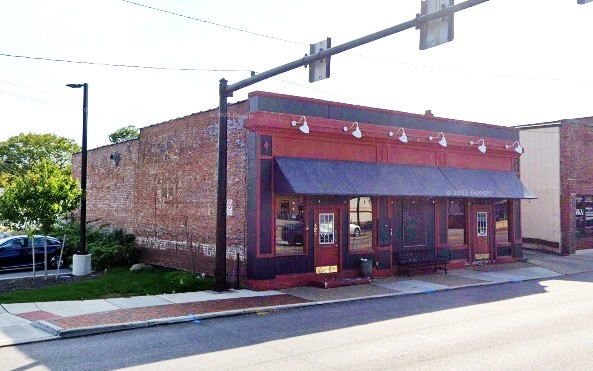 The location is the former Burgers-n-Beer building on Erie Street. The project is expected to take about five months. When it’s completed, Dukes ‘n Boots (4027 Erie St.) will join an already booming Willoughby bar and restaurant scene.

“Erie Street has a lot of energy to it throughout the weekends and even the week,” Boccuzzi says. “There are a lot of places where people hang out: restaurants, bars. I think this is going to be a great addition.”

Boccuzzi describes the project as a total gut job that will completely transform the property. A new four-season patio with garage doors on the rear of the building will practically double the footprint. A mural will be added to the side of the building.

As for the food, Boccuzzi says that diners can look forward to a Southern-style menu starring fried chicken in many forms.

“I was working on this fried chicken concept during the shutdown and it sprouted into this idea,” the chef explains. “It will be more than just a bar menu, although it is a bar and it will be a fun bar – a real casual place to hang out.”

Boccuzzi says that the project checks a lot of boxes for him in terms of personal interest and consumer demand.

“It’s a new market for me,” he says. “A lot of people keep asking me about doing something on the east side. I guess you can say that this is me putting my foot in the water.”

And don’t for one minute think that Boccuzzi will be slowing down anytime soon. He has another big project – a café and steakhouse – slated to join the CrossCountry Mortgage’s new headquarters in the Superior Arts District. We'll keep you posted.