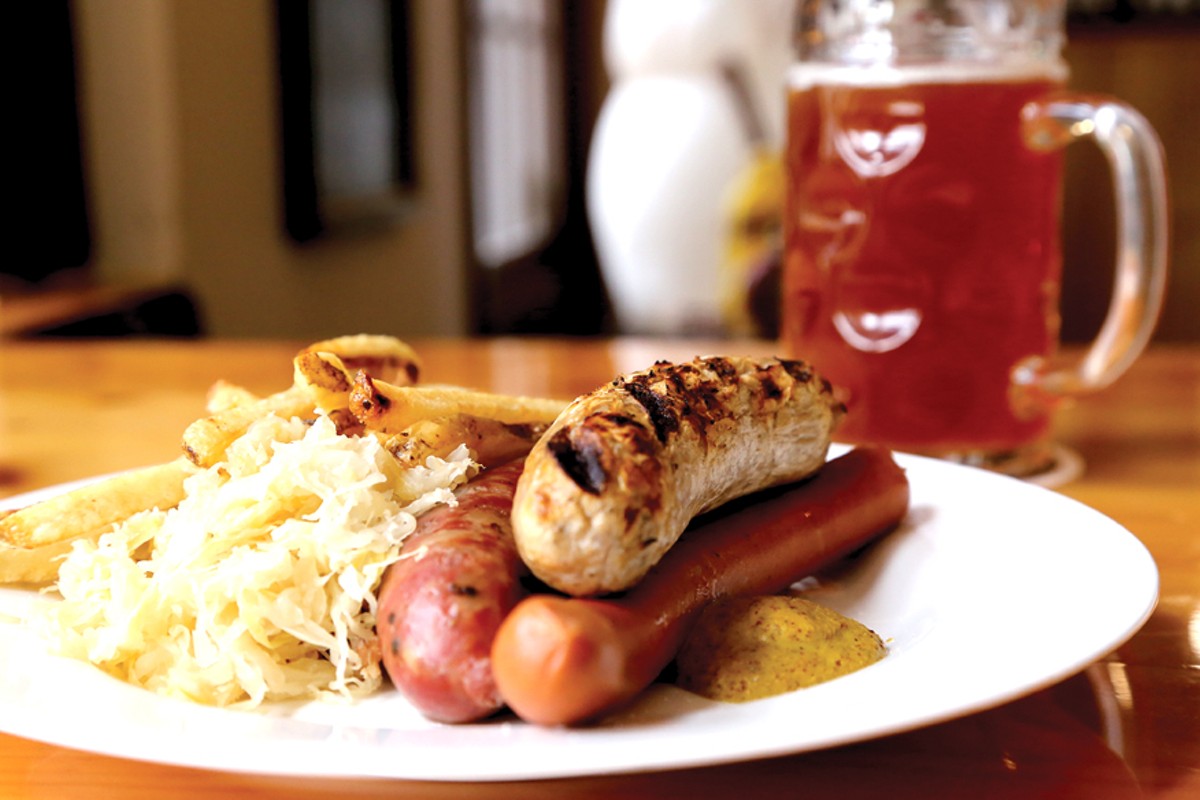 "My customers were telling me, 'Why don't you move? Go to Parma, go to Seven Hills,'" Boris Music says of his pioneering days in Ohio City. "Even with a fire, being robbed, being beaten, something told me that the neighborhood was improving. Looking at the trends in America, you have these 40-, 50-year cycles. I said, maybe in my lifetime this neighborhood will come back. I guess I was right."

That's keen foresight given that Music was making those prognostications way back in the early 1980s, soon after he relocated his Hansa Import Haus to the corner of Lorain Avenue and West 28th Street. That was a good five years before an unknown brewpub called Great Lakes Brewing would open its doors less than 500 feet away, thus commencing Ohio City's long and winding journey to becoming the craft beer capital of Ohio. 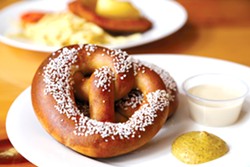 It's hard to imagine a better bookend for the neighborhood than Music's recent opening of Hansa Brewery, which was built from the ground up next to his decades-old specialty foods store. Long before anybody was brewing great beer in the neighborhood, Music was importing and selling it to homesick immigrants from Germany, Hungary and his native Slovenia. Waiting for those brave enough to visit the Bavarian-style fortress happened to be the richest cache of European beer in the region, alongside the dense breads, stinky cheeses, smoked tinned fish and cured meats.

Revealing yet again his keen approach to business, Music made the decision three years ago to complement his beer-brewing neighbors by investing in a splashy brewery of his own.

"Rather than import beer, we can make it right here," he explained. "The water is good, the rent is cheap, and there's lots of thirsty people to sell it to."

Though it took a handful of years to get here, the resulting brewery and restaurant feels like an organic extension of both Hansa Import Haus and the surrounding community. The tall-ceilinged barroom is trimmed in blonde wood and decorated with colorful flags from around the world, a nod to the travel agency that Music and his wife had run for years out of the very same building. Attractive live-edge wood tables and bartops are streaked with grain and shellacked to a high-gloss luster. The opposite of kitschy or contrived, the space looks and feels as authentic as its owners, a modern take on Old World traditions.

From those stainless tanks, visible through wide panes of glass to guests in the dining room, flow German-style beers ($5) like light and crisp kölsch, wheaty weissbier, malty Oktoberfest, rich and sweet dopplebock, and dark-as-coffee schwarzbier, which is surprisingly light and smooth on the palate. Special beers like the sturdy Cuyahoga Common, a collaboration between Hansa brewer Corey Miller and his colleagues at Great Lakes and Brick and Barrel, join brews from other producers like Seventh Son and Market Garden Brewery.

"If you don't like my beer, you can try something else," Music says matter of factly. "I have great neighbors."

Nothing pairs better with German beer than hearty Eastern European fare, and that's the route Hansa wisely follows. The menu is short and sweet, with just a handful of starters and a half-dozen entrees that make diners feel like they're fueling up in a Munich pub. Hot, crispy-bottomed pretzels ($6) are paired with beer cheese and mustard. A charcuterie plate ($13) takes advantage of all those imported meats and cheeses in the shop next door, while crispy fried potato pancakes ($5) are served by the trio alongside sour cream and homemade applesauce.

If you don't happen to have German relatives or friends, you might never have had the pleasure of eating knödel ($5), round potato dumplings that typically are served as a starchy side dish. Like mashed potatoes, they are best as vehicles for gravy, a component we wish there was more of in our appetizer portion.

Though it's listed as a main course, the grilled sausage platter ($14) works great as a sharable starter for the table. We loved the variety of juicy grilled sausages like frankfurter, bratwurst and kiebasa served with mustard, kraut and fries. Hansa's schnitzel ($14) is superb, a thinly pounded piece of pork or turkey that is breaded and fried until golden brown. It has the perfect combination of hot, crisp and crunchy breading concealing moist and tender meat. It would work just as well in a sandwich (hint-hint, Boris) as it does atop the homemade spaetzle.

Though it has been located one block away from the West Side Market for four decades, Hansa has remained a mystery for most Clevelanders. The new brewery and restaurant is destined to remedy that, shining a light on a wonderful ethnic asset that's been overlooked for too long