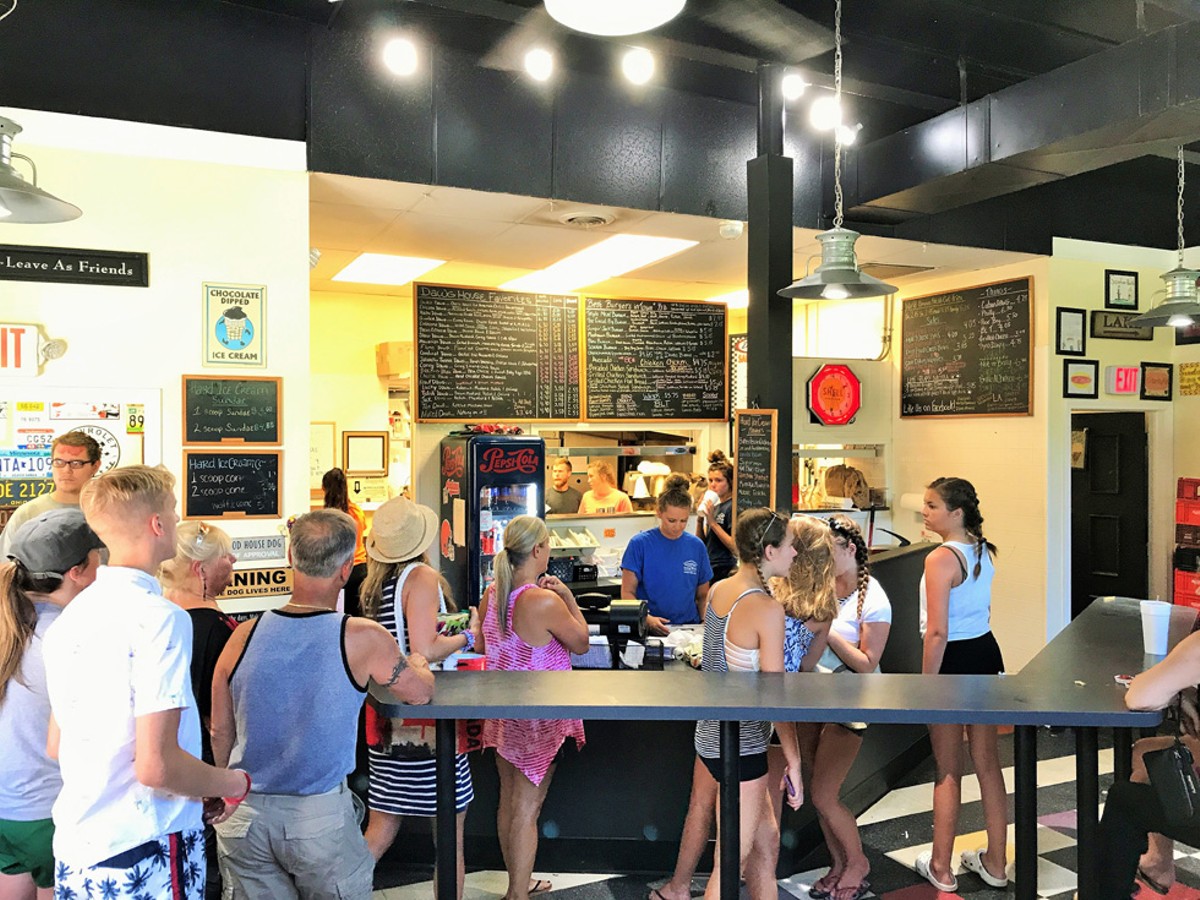 For 17 years, Mentor Headlands beachgoers have been dusting themselves off, shaking out their blankets, and heading directly to Scooter's Dawg House, which is all but impossible to sidestep on the journey home. One of those longtime fans is Mike Blauman, who, like so many Lake County residents, never lets a summer slip away without a trip to his favorite hot dog stand. These days he practically lives at the place. That's because he recently purchased the business from founders Scott and Diane Hagara.

"I've been coming here for years," he says. "I heard the owners were looking to retire and find someone who would keep their baby alive."

Too often, communities lose beloved local institutions like Scooter's as owners age out, sell out, or have difficulty finding a willing and eager replacement from the next generation. Blauman, who admits to having zero restaurant experience, was an enthusiastic apprentice.

"For the first half of last season I worked side by side with Scott and Diane every day," he reports. "They shared their recipes and showed me the ropes and processes so I could run it exactly like they did."

Two miles due south of the beach, Scooter's has always adhered to a timetable that corresponds with the ebb and flow of sun-seekers. The seasonal shop is only open from the middle of March to the middle of September, but they manage to squeeze a full year of business into half a year's time.

"It's slammed all day, every day," the owner confirms. "It's a madhouse."

That's no lie. On the evening we visit, a line of families great and small snakes out the open door and onto the sidewalk. Most folks know exactly what they want, but this being our first time, the large hand-lettered chalkboard filled with 20 signature dogs, each available in one of three sizes, stops us dead in our tracks. We step out of line to chart a course.

Blauman says that dogs outsell hamburgers at a rate of three to one, but since switching to fresh patties — one of the very few changes he's implemented since taking over — he believes those figures will begin to shift. And they should, because the juicy third-pound cheeseburgers ($4.65) are just the ticket after a long day at the beach.

Scooter's sources its weenies from Cleveland's Five Star Meats. They're an old-fashioned blend of pork and beef (an all-beef dog is also available) and they come in sizes labeled "short" (six-inch), "long" (10-inch) and "homewrecker" (half-pound foot-long). Scooter's takes the unconventional route of cooking the dogs in a deep-fryer, which gives the skinless franks a nice pop.

Our dogs arrived hot, crisp and tidily topped, as if someone actually cared what went where. The top-selling Chicago Dawg ($4, $5.20, $6.80) is dragged through the garden and topped with mustard, tomato, dill pickle, relish, onion and celery salt. Also a fan favorite, the Bacon and Cheese ($3.55, $5, $6.30) is capped with, uh, bacon and cheese. If you dig spicy, order the Extreme ($3.55, $5, $6.30), a positively incendiary tube steak buried in hot sauce, jalapenos and fiery dried spices. Those flames are tempered only slightly by blue cheese and celery slices.

Scooter's flies through 750 to 1,000 dogs a day but it's the spuds that people can't stop talking about. Disregard size names like Junior ($2.15), Small ($2.95), Medium ($4.75) and Family ($6.25) because they do not translate into common English. The small is more than enough for three and the family is more than enough for a village. The thin-but-not-too-thin fries are always fried to order, perfectly cooked and improved only by bottles of malt vinegar and paper tubs filled with ketchup from a pump dispenser. On a typical day, Scooter's goes through a shocking 1,000 pounds of potatoes.

There are only 17 seats inside, but a dozen or so outdoor picnic tables see most of the action. The line moves quickly, with wait times for food consistently south of 15 minutes. An outdoor walk-up window gives customers an opportunity to bypass the line when shopping for a quick ice cream sundae, root beer float or milkshake. It's also ideal for those golden-brown beachgoers who prefer to stay in swimwear until autumn weather compels them to change.

In these increasingly challenging times, a come-as-you-are hot dog, hamburger and ice cream stand can still work wonders for the disposition. And happy is the man who gets to provide such simple pleasure while asking so little in return.

"I'm just following in the owners' footsteps so I can continue their legacy," Blauman says.