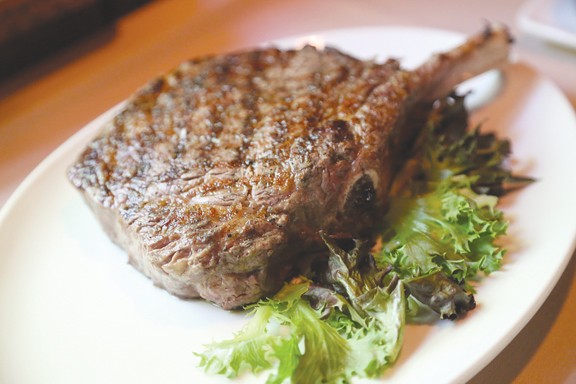 “We are going to open all eight restaurants with the snap of a finger when the clock strikes 3 p.m. on Thursday,” says George Schindler, owner of Hospitality Restaurants. “We decided we’re just going to do it."

For those keeping count at home, that includes – in chronological order of opening date – Cabin Club, Salmon Dave’s, Blue Point Grille, Delmonico's, three Rosewood Grills and Kingfish. The only Hospitality property not reopening is Thirsty Parrot, which lives and dies on MLB traffic.

The great rewinding follows an exhaustive period of unwinding, when eight restaurants needed to be put to bed. Schindler says the company donated $7,500 worth of perishable products, turned off water heaters, shut off phone lines and cancelled cable subscriptions. And then there is the labor force.

Each restaurant presented management with its own unique set of challenges thanks to varying layouts, patios and menus.

“With the Cabin Club, we lost a lot of geographic territory in the floor plan, but some of the bigger restaurants like Blue Point, where the tables are spaced out pretty good, we only lost 15 to 20 percent,” he says.

With booth seating, glass panels have been added to seat backs to create a physical barrier in lieu of distancing.

Menus, too, will reflect the realities of the day, when scarcity and price hikes are the norm.

“We are opening with abbreviated menus because we’re not sure what we can get in and what the volume will be like down the line,” says Schindler. “We’ll see what happens, but some of the restaurants are already pretty busy with reservations.”

Schindler states that while he and his employees will be following the letter of the law when it comes to safety measures, every effort is being made to mute the pandemic-chic atmosphere.

“We’re selling an experience,” he explains. “We want people to come in and not think they’re in the emergency room. We’re trying to downplay everything so people can come in and think that they’re escaping all this so we can get back to a sense of normalcy.”