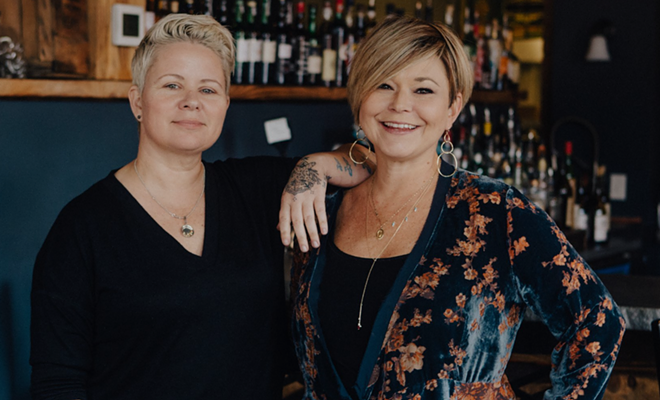 “As soon as we opened in Lakewood we told each other that we definitely wanted to open at least two more spots,” says Salt chef and co-owner Jill Vedaa. “We started searching for another place in our second year.”

Vedaa and business partner Jessica Parkison have been on the hunt for nearly five years to find the perfect home for their next restaurant. They found that space in the heart of Detroit Shoreway. The pair has just announced that they are taking over the former Spice Kitchen property at the corner of Detroit and W. 58th Street.

“This is prime,” says Vedaa. “The amount of people that are in that area already and will be in the next five to 10 years is insane.”

Neither Vedaa or Parkison is in a huge hurry to open the doors. Vedaa says that they will take their time with the renovations, which could take as long as one year.

“We really want to change how it looks inside," says the chef. "Because it was such an iconic restaurant for so long, we want people to walk in and think that this is a different place. We’re not in a huge rush because we want to make sure it’s the way we want it.”

Fans of the six-year-old Lakewood restaurant can expect no changes to that popular operation, nor should they expect a carbon copy in Gordon Square.

While the concept is still being hashed out, it’s likely that small plates will have a role in the final arrangement.

We'll keep you posted as the story develops.