Joey's Bistro on Lee Road is Closed. Next Up: The Fix by Chef Eric Rogers 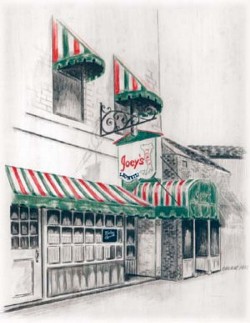 Already, though, the spot along Cedar Lee’s busy “Restaurant Row” has been spoken for. Chef Eric Rogers, who opened the popular sandwich shop Black Box Fix (2307 Lee Rd., 216-383-8130) down the street last year, will open a second restaurant. This one, to be called The Fix, will be more along the lines of the chef’s first restaurant Nevaeh Cuisine, which was located in South Euclid.

Items like Creole salmon, buttermilk fried chicken, smoked gouda mash, and the LBJ Philly, made with filet mignon, will likely make appearances on the menu.

Rogers says that he gets the keys to the shop in mid-May and hopes to be open by the middle of June or early July. The space won’t require major changes above some cosmetic tweaks to better align the restaurant to the chef’s brand, he says.

Diners can look forward to live entertainment like jazz and spoken word when it does open.

Meanwhile, down the road at Black Box Fix, the team just celebrated its one-year anniversary.