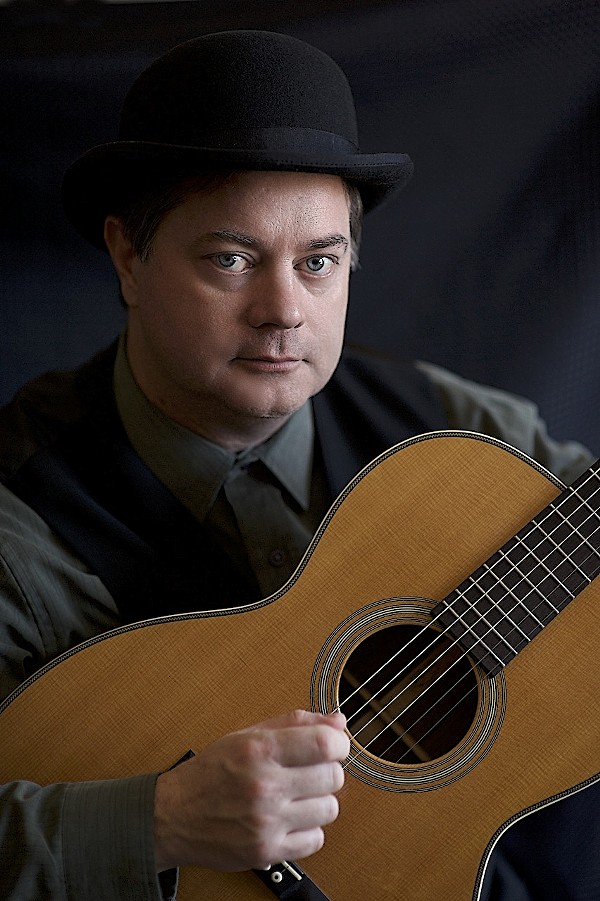 Darrell Branch
Like most indie musicians, Charlie Mosbrook counts on streaming to bring in revenue. It isn’t much — a major site like Spotify pays less than a penny per play — but he says the bulk of his fans use the apps, even though he sells CDs at his performances.

“They do what I do,” he says. “I have a wall of CDs, but I don’t listen to them because I listen on Google Play.”

So he was surprised to find himself caught up in a massive theft of online music. He was among more than 100 artists whose music was ripped off, renamed, and redistributed.

According to the blog SavingCountryMusic.com, music from more than 112 artists was stolen.

The robbery came to light when fans of the Canadian artist Colter Wall songs were featured on an influential Spotify playlist under another artist’s name. Wall’s fans told him, and also alerted Kyle “Trigger” Coroneos, who runs SavingCountryMusic.com.

Coronoes used Spotify’s “Fans Also Like” referral feature to track down 24 accounts that swiped more than 800 songs. He identified artists of 673 songs by cross referencing in Shazaam.

“Most of the artists I reached out to did not know their songs had been stolen, but a few did,” he said in an email, adding fans alerted many artists about the scam.

Country hiphop artist Bubba Sparxxx of Ms.New Booty fame got ripped off. So did Katrina Stone, a pop artist based in Los Angeles. Stone told SavingCountryMusic.com that she got no response when she reached out to streaming sites.

“I reached out to Spotify, Apple, and Amazon, and they would not help me. They were just too big,” Stone reportedly said. “I had the burden of proof.”
Mosbrook lost 23 songs. First the titles were changed: “Crooked Stick” was renamed “My Pain,” and “Blame” was dubbed “You’re the One For Me.” Then songs were compiled into albums by a fake artist named “Calum Keddie.” The thieves opened an account with DistroKid, which distributes music the “album” to the streaming services.

Mosbrook learned about the theft from a fan who read the story on SavingCountryMusic.com. He went straight to Google to check things out himself.

“I saw YouTube accounts and Spotify and Google Play,” he says. “You know all the players where we distribute to, and looked at all the song titles. Then I clicked on it, and indeed it was the song I thought it might be.”

The fake account featuring Mosbrook’s music has been pulled.

Mosbrook thinks the thieves scrapped content from Jamendo.com, an open-source site where he has 1.3 million streams.

“Based on the catalog that I had on the site at the time, that’s what they were taking.”

His contract with the site allows remixes if he is credited.

“There’s no contract that allows someone to go in there illegally and just steal the music and put it under their own name.”

Right now, there's not much Mosbrook can do, but he’s managed to find a bit of humor in the sad affair.

“Too many of my heroes from the '20s and '30s have been ripped off before. And to be in the middle of this new version of this, oddly, there's a weird moment where you’re kind of tickled by it.”