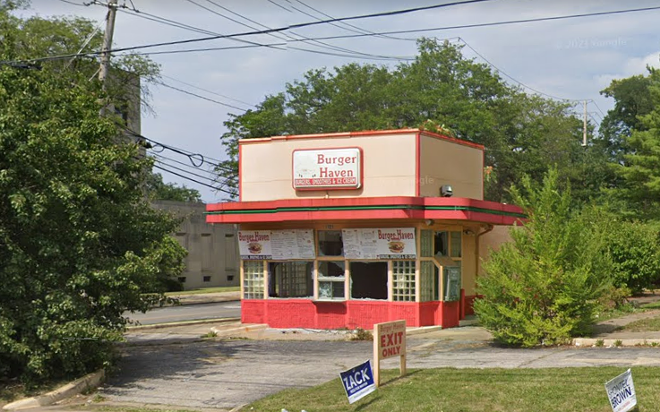 The former Burger Haven building (7321 Broadway Ave.) at the intersection of Fleet and Broadway in Slavic Village has fallen into good hands. After years of neglect, vandalism and disrepair, the building will be gutted and reinvented as Village Dog, “a cool, trendy” hot dog restaurant, according to owner Donnie DiGeronimo.

DiGeronimo, along with partner and Inca Tea owner Ryan Florio, estimate a six- to eight-week turnaround for the project. The building, which began life as a Rally’s, occupies a prime corner parcel with twin drive-through lanes and walk-up windows. The plan is to keep all of those features in play at the new business.

“We’re trying to create a nice gathering spot and option for food in that area,” DiGeronimo adds. “This is part of a bigger picture in Slavic Village. We’re participating in a bunch of rejuvenation projects in the area, so this is just another opportunity to get a defunct and destabilized building into a good position for the area.”

When it opens, Village Dog will offer specialty dogs as well as build-your-own dogs (both meaty and vegan) along with wings and fries.