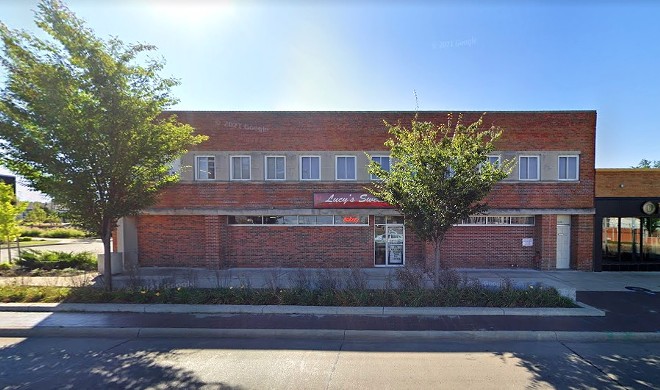 “Kosher” and “barbecue” are words one often doesn’t hear together – and for obvious reasons. The rules behind the Jewish dietary law forbid the eating of pork, so there goes all that delicious pulled pork, St. Louis-style ribs, pork belly and juicy pork sausage. And then there are the million other rules that regulate the procurement and processing of the permissible foods.

If kosher barbecue restaurants are seeing an upsurge across the country – and they are – Mendel Segal can take some of the credit. Segal, the “rabbi pitmaster,” has been demonstrating for years that there is no reason why barbecue can’t be both incredible and kosher.

For the past five years, his Miami-based restaurant Mendel’s Backyard BBQ & Brew has been proving on a daily basis that kosher and barbecue can, in fact, coexist. Next, Segal will attempt to replicate the success he’s found in Miami here in Cleveland when he opens Mendel’s Kansas City BBQ in Shaker Heights. Segal says that the move was the result of consistent urging by “friends, family and really good customers” – many of whom are snowbirds – to open up north.

“No one’s taken the risk,” Segal explains. “And until a couple years ago, I don’t know if it would have been worth it. But the community is growing like crazy and I’m confident in my product. I’m not just relying on the orthodox community; it’s really good barbecue.”

Segal describes his barbecue journey thusly: “First it was for fun, then competition, then business.” He started like many pitmasters by cooking at home for family and friends. Then the competition bug bit him. Soon, he had cultivated a reputation large enough to support a restaurant.

The restaurant will open in the former home of Lucy’s Sweet Surrender. The building on Chagrin Boulevard is across the street from Van Aken District, which was a huge selling point for Segal.

Like his Miami restaurant, the Shaker spot will be a little more upscale than your typical roadhouse. The restaurant will be full-service, but family friendly. And with items like brisket, smoked pastrami, giant beef ribs, beef back ribs, smoked veal brisket, lamb ribs, smoked turkey, burnt ends and smoked chicken, nobody will miss the pork.

In addition to the foods coming out of the pit, the restaurant will offer non-BBQ foods like soups, salads, wings, burgers, fish and steak. To drink, there will be plenty of craft beer and a full liquor license.

As a certified kosher restaurant, Segal’s Backyard BBQ & Brew in Miami can’t prepare foods or accept payment on the sabbath – aka sundown Friday to sundown Saturday. Segal still manages to serve his customers at the restaurant, however, through a unique system of prepayment for meals already prepared. That approach could make its way north if there’s demand for it.

Look for the restaurant to open in late summer or early fall.