Nuevo Mod Mex is Anything but an Imitation

South of the border (down Akron way) 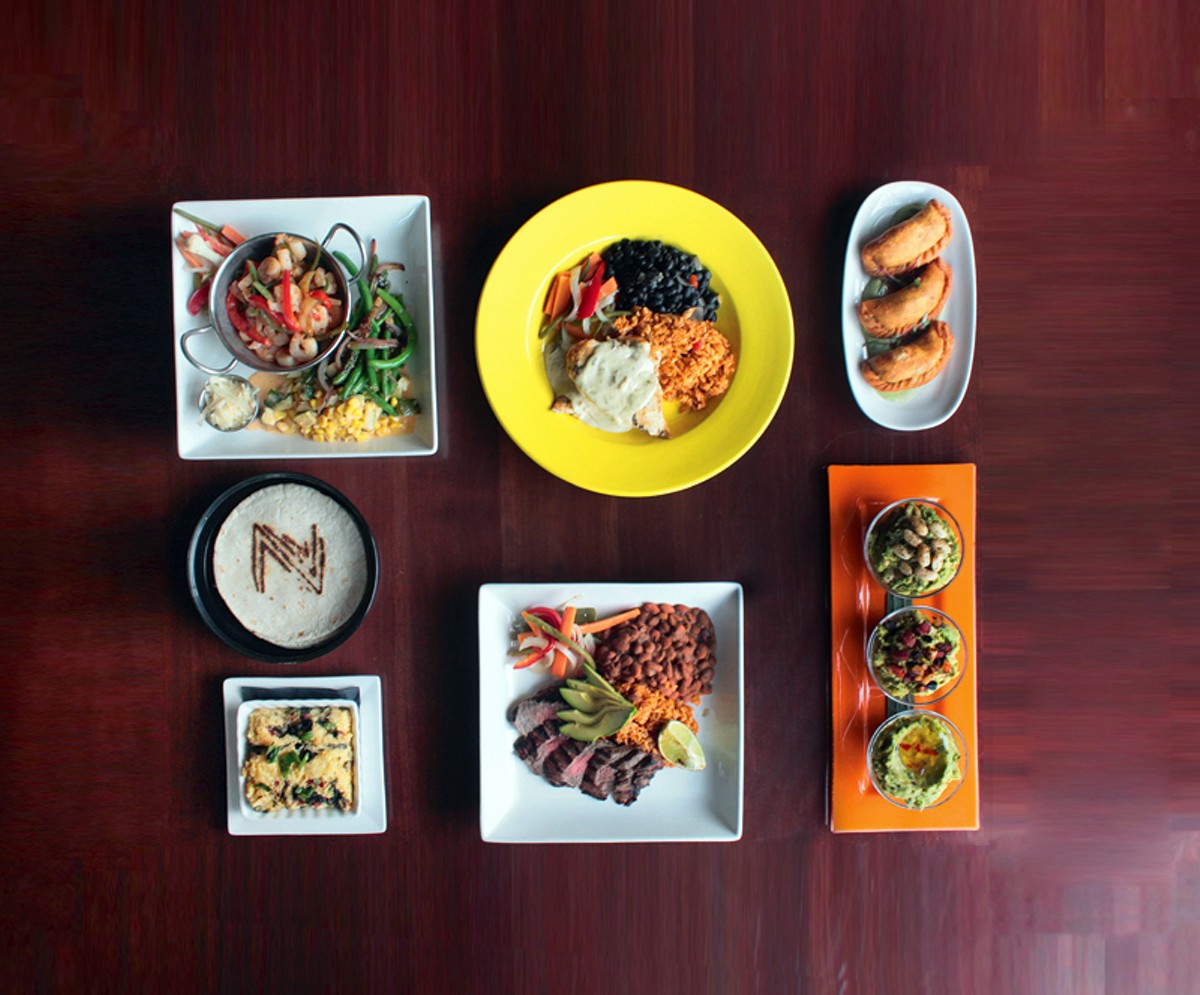 It's easy to spy a concept like Nuevo Mod Mex in Akron and think rip-off. After all, Momocho Mod Mex in Ohio City has been going strong for nine years. Yet all I see is a sharp operator who saw a gaping hole in the marketplace and set out to plug it. That the restaurant has just sprinted past the one-year mark is proof that the chef-owner called the right play and is executing it soundly.

That chef is Zack Hirt, who along with his wife and partner Lisa introduced Akron to the modern Mexican concept in early 2014. After two decades of working in other people's kitchen — the last eight years of which were spent at Akron's popular Crave — Hirt thought it was time to strike out on his own. When the time came to settle on a concept, the chef did what any shrewd businessman would do: He analyzed the market for opportunities.

"I've been working in kitchens for more than 20 years, and I could pretty much do anything," the chef explains. "So when we decided to open a restaurant, we just looked at the market. Certainly, Momocho, Lopez and Paladar were inspirations. There's nothing like that down in Akron."

Well, there is now. In a town that has struggled to establish and sustain a dynamic restaurant scene, Nuevo goes a long way toward getting the ball rolling. The owners took a long-vacant spot downtown — a former sporting goods shop — and reworked it into a lively urban bistro. The multi-level interior features a raised bar area overlooking a compact dining room, and unlike most mod-Mex eateries, this one doesn't overdo it with Day of the Dead crap. The glassy, contemporary space is loud as hell, but it's also festive enough to elevate a dreary Tuesday night into a barn-burner.

That action is fueled by a tequila list approaching 70 varieties. Drink your way from a dry and crisp blanco to a mildly spiced reposado on up to a complex, toasty añejo. Or order all three at once in a flight. For those who prefer to drink their tequila the gringo way, there are rainbows of colorful and fruity margarita samplers.

The modern in "modern Mexican" typically refers to the use of contemporary ingredients in traditional Latin recipes. That's certainly the case with the empanadas ($10), crispy half-moon pastries traditionally stuffed with a wide variety of sweet and savory fillings, yet rarely tender beef cheeks paired with aged cheddar, as is the case here. The flaky pillows are a joy to eat, their steaming-hot centers tamed by a slick of cool chimichurri-spiked cream sauce.

Of course, diners will find the requisite guacamole sampler ($15) — three bowls of ripe and creamy guac jazzed up with ingredients like habanero jelly (more sweet than spicy), bacon and goat cheese, or white bean, rosemary and garlic. There's also a salsa sampler ($9), outfitted with mild and plain tomato, tart salsa verde, and a spicier house blend. For a salsa-fueled operation such as this, I'd love to see more heat, depth and excitement in the concoctions.

Thanks to a broad menu, Nuevo is the kind of place where friends can drop by for drinks and snacks, or settle in for a traditional meal of appetizers and entrees. Moving beyond the starters, there are tacos, Mexican classics, and more creative mains. Some of the placements are confusing, like the tacos al pastor, which don't actually live in the "taqueria" section (and aren't limited to pork, but that's for another conversation).

In the assemble-your-own taco department, diners have options built around pork shoulder, short rib and pan-seared shrimp ($12.50) with beer-braised peppers and onions. Diners can choose between flour and corn tortillas, but that isn't stated on the menu. Classics like carne asada ($16) and chicken en crema ($15) are competently executed, the steak grilled just right, the chicken juicy and bathed in a delicious sauce.

A full two-thirds of the main dishes come with the same unexciting Spanish rice, long-simmered pinto beans, and too-crisp pickled vegetables. It's a move borrowed more from the Tex-Mex playbook than a mod-Mex one, and perhaps a missed opportunity to push instead of pirate. Hirt seems to reserve his most creative plays for the entree section, where items like expertly cooked duck breast ($23) is paired with zesty boar sausage, sweet potato puree, and poblano blackberry mole.

For Hirt, an Akron native, there was no other zip code in which to hang his shingle. Along with an up-and-coming batch of culinary colleagues, he's helping to inject modern sensibilities into an old-fashioned restaurant town.