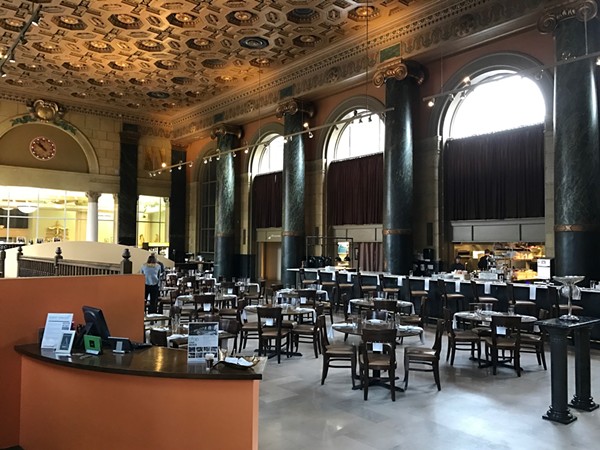 Since Steve Schimoler abruptly shuttered Crop Kitchen, Crop Rocks and Crop Sticks over the course of three months this fall, the question on everybody’s mind has been: What’s the fate of Crop Bistro (2537 Lorain Ave, 216-696-2767), the flagship restaurant in Ohio City?

Now we know. Marcelo Fadul, along with partner Tony George, is the official owner as of this week, despite being the de facto operator since September, when Schimoler departed on his sabbatical in Italy. 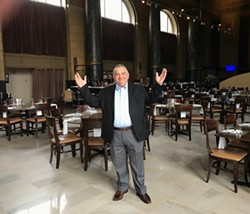 Marcelo Fadul
Fadul, the operating partner, is the former owner of Brasa Grill Brazilian Steakhouse in the Warehouse District, which he opened 13 years ago. He also was a partner in Mallorca. He is in the process of divesting himself from both businesses, he says.

Fadul assures loyal diners that they will see only modest changes with the food.

“It is basically the same style food, but we will change the menu four times a year,” Fadul reports. “Steve Schimoler is one of the best chefs, and he had a very good philosophy at this restaurant. It is a very established restaurant with customers.”

Favorites like the truffle popcorn, cherry bomb and braised pork belly are going nowhere. The prices will remain the same as well, he adds. Former sous chef Caesar Eceverria has been promoted to the position of executive chef.

“We’ve been doing 250 to 270 people per brunch,” Fadul reports of the brunch’s first two weeks.

Soon, diners will begin to see capital improvements to the space. The bar area will be modified into more of a lounge setting, complete with a gas fireplace and soft seating. All 200 chairs and every table will be swapped out for sound-dampening fabric-covered chairs and tables (bottoms, anyway). Downstairs, the vault private dining area will undergo similar upgrades.

Reached for comment, Schimoler responded, “I have decided to extend my sabbatical in Tuscany at Villa Valentina Vorno for an additional six months and continue to work on refining my culinary foundation and hopefully finish writing my second book. I am thankful and excited that the relationship with Tony George and his team has allowed me to enjoy this opportunity to step away and have his team focus on the operations and grow the Crop Bistro business. Tony’s passion and commitment for excellence will help insure that Crop continues to be one of Cleveland’s top restaurants for many years to come. I look forward to continue working with Tony and his team.”