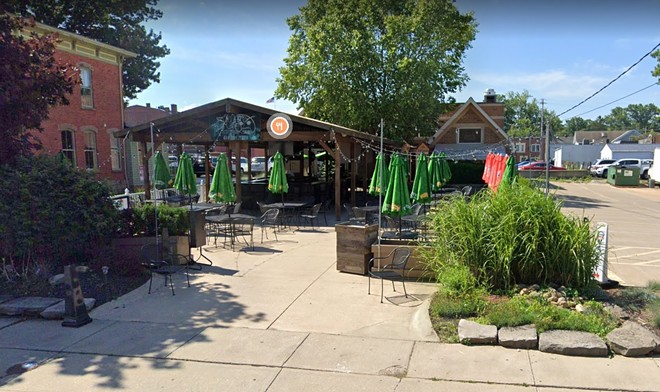 Google Maps
More than two decades after opening the pioneering seafood restaurant Lure Bistro, a mainstay in downtown Willoughby for years, Nick Kustala is back in the cockpit. In a wild turn of events, the chef has taken back possession of the property and will open Allure Bistro (38040 Third St.) later this month or early August.

“Honestly, we weren’t searching this out at all,” says Kustala, adding that a completely random “butt dial” was what set the wheels in motion.

Lure Bistro closed in January of this year, almost 20 years to the day that Kustala and ex-wife Giovanna opened the doors. In 2008, Kustala sold the business to his longtime chef Jaret Havanchak, who operated it successfully for another 10 years before selling it to his longtime chef David Pike, who did not fare as well as either of his predecessors.

Liquor license and lease in hand, the new-old owner is busy readying the space for business. He will be joined in the kitchen by chef Michael Keyerleber, who brings with him experience gleaned from stints at Great Scott Tavern, Momocho and Greenhouse Tavern.

Allure Bistro clearly plays off the original name – and the menu, too, will embody the personality of the prior business. The sushi bar will feature a 12-item menu that swaps a lengthy roster and wild creativity for clean Hawaiian-style seafood dishes like poke with various sauces.

The main menu will be flush with seafood, as always, with items like scallop chowder, coconut shrimp, cedar-roasted salmon, frutti di mare and “Lure staples” like potato-crusted halibut and crab-crusted grouper. Kustala has begun a dry-aging program that will star flavorful New York strips, bistro filets, ribeyes, porterhouses and tomahawk chops. Peter Luger blend ground beef will be used for burgers and meatballs.

“It’s simple food, but it’s food that I know will work in the area,” says the chef.

Throughout its 20-year run, Lure has routinely topped “Best Patio” lists, and the 125-seat courtyard is ideally positioned for social distance dining. The main dining room inside has been trimmed to about 40 seats, with a system in place to stagger arrivals at adjacent tables.

Future plans include converting a small bar inside to an intimate chef’s counter where Kustala will roll out seasonal menus from around the globe. "A different port of call every three months," he says about the ticketed events.

The goal is to open in time for Christmas in July, when a squirreled-away keg of Christmas Ale will be tapped.

As for the up-and-down reputation of the long-running restaurant, Kustala says that he believes his personal reputation speaks for itself.

“The response of us coming back has been awesome,” he explains. “I think people know me well enough. I was in downtown Willoughby for 25 years between Gavi’s and Lure. People always associated the restaurant with me.”