Pulpo Beer Co. From Hola/Barroco Team Is Expanding its Footprint Across Northeast Ohio 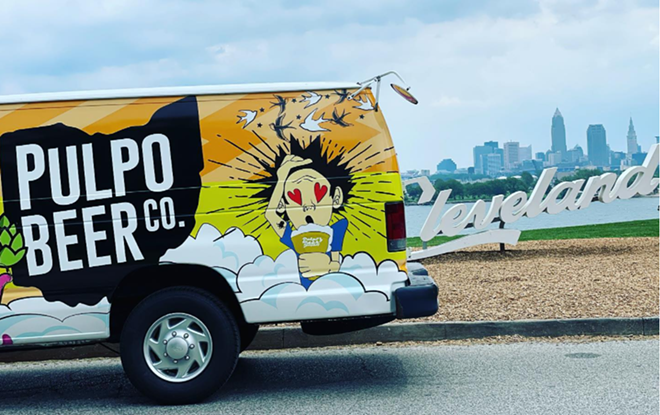 Pulpo Beer
Look for Pulpo Beer at restaurants and bars around Cleveland.

Last summer, Juan Vergara and his team moved into the former Brim Kitchen and Brewery space in Willoughby, where they created a unique dual-concept eatery with a first-floor Hola Tacos and a second-level Barroco Arepa Bar. The 10,000-square-foot building (3941 Erie St., 440-527-8125) also came with a modern brewery, which would sit idle until Vergara could hire a capable brewmaster to fire up the kettles.

Pulpo Beer Co., as that side of the operation is called, debuted its first beer in early 2021. The first to roll off the kegging line was Blonde Mamacita, a blonde ale. That beer was soon joined by others like Medusa Hazy Pale Ale, La Nueva IPA and Pulpo Libre Mexican-Style Lager. At first, those beers and others were available only at Hola and Barroco locations, but now they are becoming more widely available.

Dylan Hamilton, the brewmaster, continues to expand both the offerings and the outlets. Beer lovers now can find Pulpo selections at Heck’s, Momocho and ABC Tavern in Ohio City, El Carnicero in Lakewood, Los Campadres in Painesville, and various Two Bucks locations.