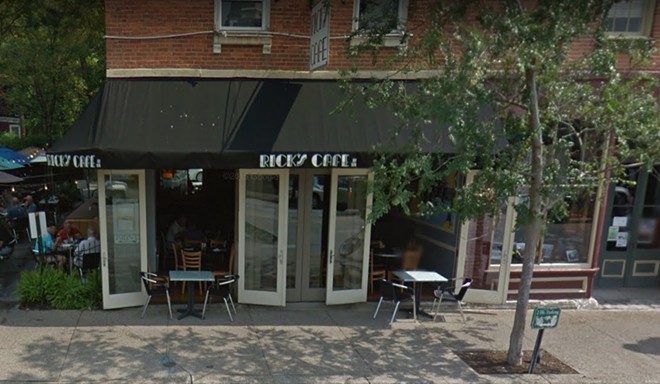 Rick’s Café owner Alec Singer clarifies that he is indeed selling the 40-year-old restaurant to Shawn Monday and his partner Michael Schwartz. But he has assurances from them that the name, concept, staff and spirit of the restaurant will not change.

Chef Monday says that while a new concept is possible down the road, he indeed might keep the Rick's Cafe concept going for a while.

For the last 40 years, the saying in Chagrin Falls has been: "Everybody Comes to Rick's." Rick’s Café, that is. And for good reason. The laid back American tavern has offered just the right balance of comfort and panache, a dying breed where live music and conversation went hand in hand with hearty, traditional comfort food.

All that ends next week when the local legend shuts its doors after four decades. An employee, saddened by the news, reports that the staff was informed tonight that the restaurant would close next week. This shocking news comes on the heels of Gamekeeper's Taverne closing its doors after 40 years.

Within the matter of months, local diners have lost two local institutions.

While we still don't know what will take the place of Gamekeeper's, we do now know that chef Shawn Monday, who runs Flip Side down the road as well as One Red Door and Three Palms, will be the new occupant of Rick’s Café.

For now, the plan is to install a completely new concept, according to Monday, but that plan is still fluid.