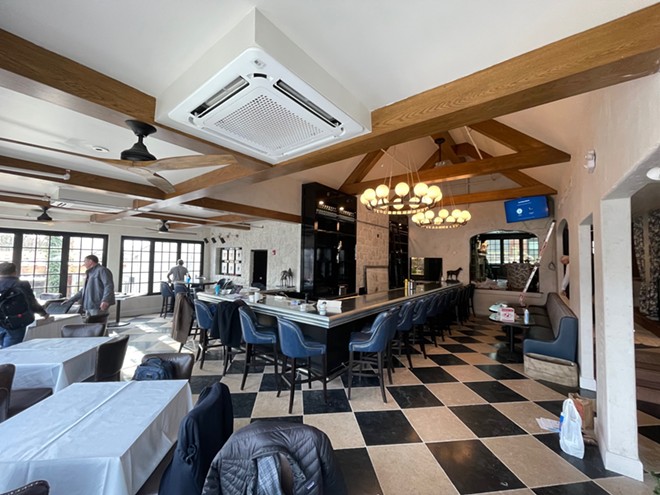 Diners who have made their way, over the years, through Gamekeeper’s Tavern and Bull & Bird Steakhouse in Chagrin Falls are in for a pleasant surprise when they cross the threshold of JoJo’s Bar (87 West St.). The interior (and exterior too, for that matter) have been completely transformed by new owner Rick Doody, who took the property over in early 2021. Bull & Bird opened in the former Gamekeeper’s Tavern spot in 2018, closed at the start of the pandemic and never reopened.

The bulk of the work was directed to the front of the building. The restaurant has been expanded out towards the street, converting what had been an “all-seasons” patio into polished dining space, and laterally as well. The former 10-seat bar, now capped with zinc, has doubled in size. A façade of glass windows opens to the street. In the rear, the main dining room has new cathedral ceilings. And throughout, the restaurant features all new fixtures, lighting, furniture and finishes, conceived by designer (and Doody’s wife) Wendy Berry.

“I want people to walk in here and say, ‘Wow, this is great,’” says Doody.

The historic property dates back to the 1860s, when it began life as a series of cottages. In the 1920s they were home to Crane’s Canary Cottage, which played host to Will Rogers, Duncan Hines and John D. Rockefeller.

“We’re trying to treat it with the respect it deserves,” Doody adds.

When it opens in mid-December, JoJo’s Bar will focus on steaks and Italian cuisine, says Doody, adding that Joe Saccone, principal of Hyde Park Restaurant Group, is a partner in the project.

“We asked ourselves, what do we know,” he explains. “We know Italian, and with Joe, we should know steaks. So think prime steak and prime Italian.”

Running the kitchen is chef Rob Records, who is relocating from Doody’s Cedar Creek Grille in Beachwood, where he’s been since 2012.

While still a work in progress, the menu likely will feature appetizers like classic shrimp cocktail, tuna tartare, fritto misto, seafood scampi and wagyu beef carpaccio. Pastas will be available as “primi” as well as main courses. Highlights include spicy rigatoni in vodka sauce and shrimp saffron campanelle. USDA Prime steaks, served a la carte, range from a 14-ounce New York strip to a 22-ounce bone-in ribeye. Filet mignon is available in three sizes and multiple preparations, including Oscar-style with crab meat. There also is a lengthy roster of sauces, butters and sides to complement the main event.

Grant Cassidy, who has managed Doody’s flagship eatery Lindey’s in Columbus for nearly a dozen years, has been brought in to run the front of the house.

In the rear, Gamekeeper’s long-celebrated garden patio has been totally reworked as well. When it debuts this spring it will do so with all new seating, an outdoor bar and complete kitchen starring an Argentinian live-fire grill.

“We can do two completely different restaurants here,” says Doody. “JoJo’s prime steaks and prime Italian and a whole separate concept out back.” 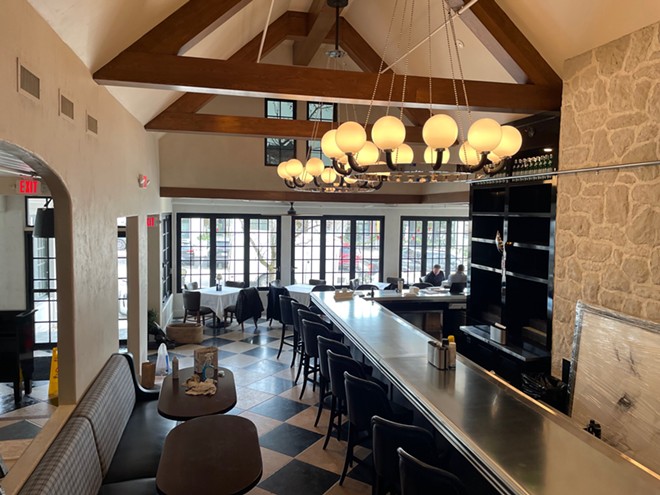 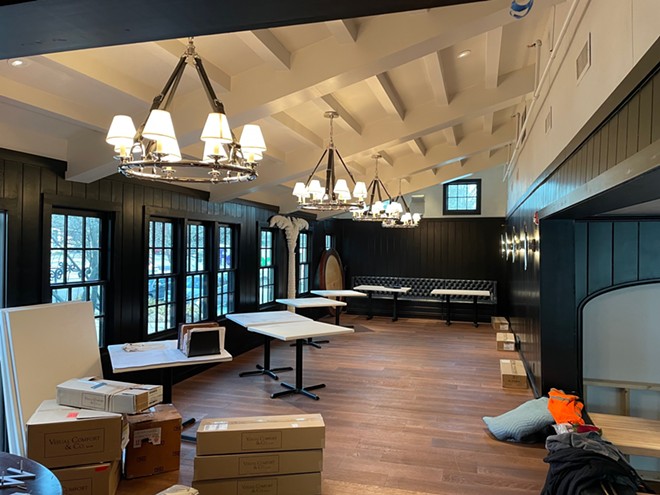 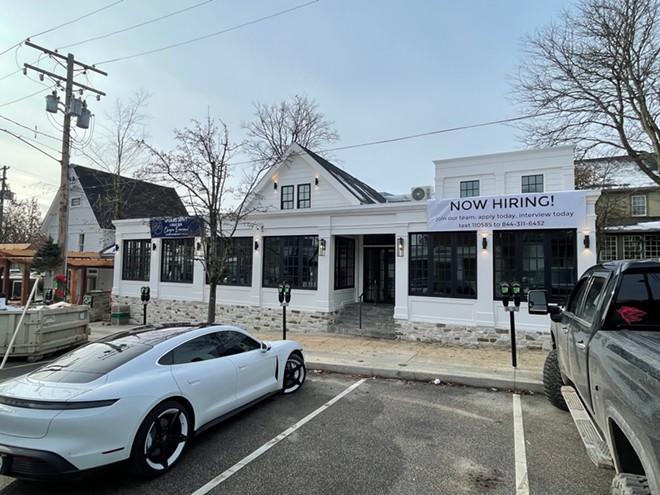