This Spring, Chef Eddie Tancredi Will Debut ETalian in the Heart of Chagrin Falls 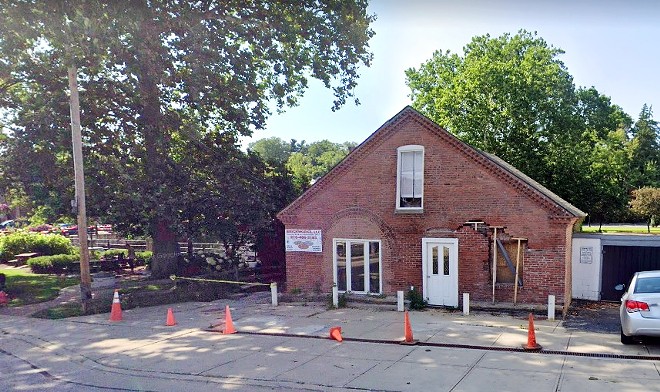 Google Maps
Future home of ETalian in Chagrin Falls.
Eddie Tancredi’s Lakewood restaurant Distill Table did not survive the pandemic, closing last spring after two years. But already the chef is gearing up for another restaurant opening. Later this month he will open ETalian (as in Eddie Tancredi Italian) in downtown Chagrin Falls. He says that 2020 was a devastating year, but he’s not one to slow down or second guess his career path.

“I’m always going to be in this industry, but after the past year I kind of wanted to look back and see what’s going to be feasible and make sense moving forward,” Tancredi explains. “I believe in this concept. I was already looking to do another place when this location came up. I’m going to focus on this place, be in a beautiful location and enjoy working there.”

That place is a 1,200-square-foot brick building once home to the local blacksmith. The building (13 Bell St.), which is owned by Ed and Amy Weinfurtner, sits right on Bell Park by the upper falls. Work currently is being down to ready the structure for its first restaurant.

ETalian will specialize in Naples-style wood-fired pizza. The oven, an Acunto, was custom made in Italy and has been installed in the open kitchen. The chef says the plan is to keep things simple, but fresh, focusing the operation on a handful of pies, salads and desserts. Diners will have the choice of dining in, picking up or getting delivery. Beer and wine will be available for both dine-in and carry-out.

One big twist to the pizza is that they are all 9-inch pies as opposed to the conventional 12-inch build. Not only does Tancredi suggest that the personal pizzas be enjoyed un-cut, but he also will be encouraging guests to enjoy them in a street food-convenient package referred to as “portafoglio,” in which the pies are folded and wrapped for portable enjoyment.

“This is actually the traditional way that you’re supposed to eat it,” says Tancredi. “Now, a lot of people in America don’t do that, but if you go to Naples, that’s how they serve it.”

Tancredi says that a new window in the rear of the building will open up to the falls, giving diners at the counter great views. There will be seating for 24 indoors plus another 30 on the patio.

The chef hopes to be open within the next month.

“The biggest issue right now is finding staff, but I do feel that it’s going to be a strong summer for a lot of places,” he says. “I really do.”