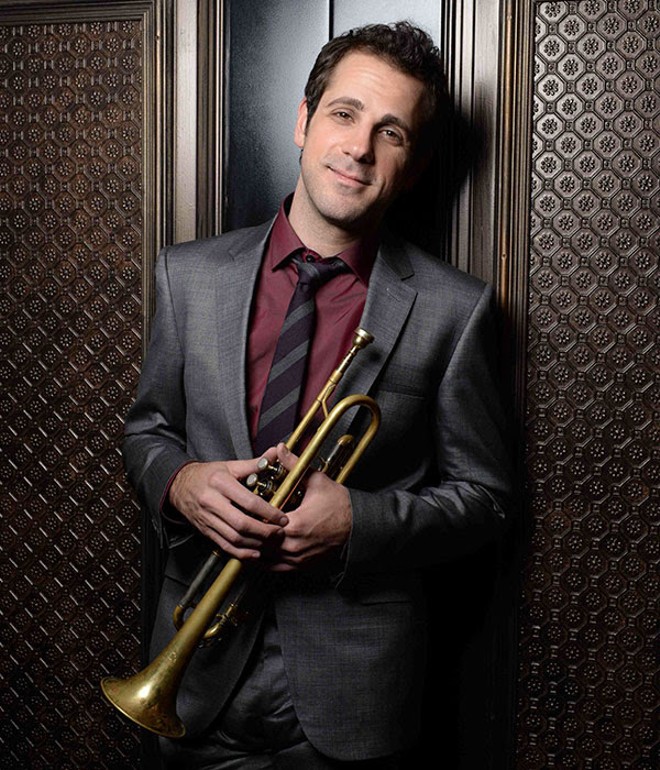 Courtesy of Nighttown
During his 20-year career, nationally renowned trumpeter Dominick Farinacci, a guy with deep ties to Cleveland, has performed in more than 120 cities in 14 countries around the world. Farinacci, who regularly plays the Bop Stop and Nighttown, has been a featured guest on ABC's Good Morning America and is a TED speaker.

He regularly comes to town each New Year’s Eve to ring in the new year at Nighttown. While Nighttown is closed to the general public due to the pandemic, Farinacci won’t let his long-standing tradition die.

“Rather than looking backward with the typical year-end review, I wanted to find a way to acknowledge this precarious moment in our lives and create a musical experience that looks forward,” Farinacci says in a press release.

Earlier this year, Farinacci started streaming music and video as a way to keep fellow musicians engaged with their audiences during the shutdown.

“I am proud to be livestreaming this fun and interactive New Year’s Eve concert from my hometown favorite jazz club, Nighttown,” he says. “I want to present an event that brings the Nighttown bandstand directly into your living room for the night.”

“In this unprecedented time in the lives of all the musicians whose world has been upended, we are committed to keeping alive the tradition of our New Year’s Eve concerts,” says Nighttown owner Brendan Ring. “Please support Dominick Farinacci and Nighttown, so we can all collectively say farewell to this terrible year and look forward to a much brighter year ahead.”

The concert will be performed without a live audience. There will be socially distanced staging, and safety protocols will be in place to help protect the staff, crew and musicians.

Viewers can choose from a variety of different streaming passes, including individual, family, VIP Full Party Pass and a special Virtual Host Sponsorship. There will also be the option to request songs, receive VIP party gifts to enjoy during the performance and access behind-the-scenes programming. All audience members will also have the opportunity to share their resolutions with Farinacci prior to the concert.

The livestreamed concert is an exclusive ticketed event and livestreaming passes must be purchased in advance to participate and view. The concert will be presented on SongBookWatchParty.com and can be displayed on mobile phones and tablets. It can also be cast to your television or other display devices with Airplay, Chromecast or other video sharing systems.