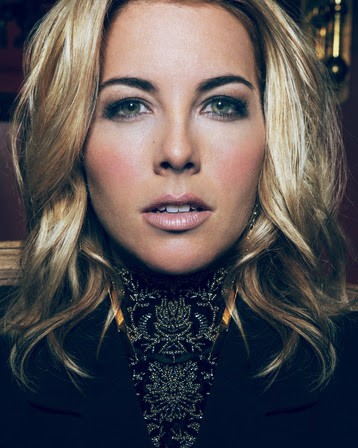 So how does the universe reward her buys schedule that she's kept leading up to the holidays? With a flat tire, that's how.

“On my one day off, I have to get my tire fixed,” says James via phone from a car dealership in Paramus, NJ. “I'm the kind of person who still has to clean up dog poop and do laundry and do all the un-glamorous things in my life. It’s gotta get done, but I wouldn’t have it any other way.”

All joking aside, James says she's particularly looking forward to performing with the Cleveland Pops Orchestra for the first time.

“The Bond show is one that I have done many times,” says James. “I think maybe I get hired just for my gowns. The costume changes are what people really like. I love the Shirley Bassey themes, and it’s such fun music.”

James, whose parents encouraged her to explore the arts as a child, went to high school in Northern California and developed her deep appreciation for all types of music at that point.

She says she “hit the ground running” when she moved to New York when she was 18 to study at Juilliard.

“I felt like it was my destiny,” she says. “I really wanted to be on Broadway. I studied classically, but I never had a passion for opera per se. I always knew I wanted I wanted to do musical theater. Making records was a surprise that came later.”

She signed a record deal a mere week before recording her first solo album, Morgan James Live: A Celebration of Nina Simone.

“It was just a live show,” she says of the songs that would wind up on the album. “I had just signed a deal, and we recorded and they loved it and it was a very surprising turn of events. I’m very proud of those records I made at Epic and have made several independent records since.”

James has kept a steady flow of new releases coming. In 2020, she released Memphis Magnetic and in 2021, she put out A Very Magnetic Christmas. Earlier this year, she released Jesus Christ Superstar: Highlights from An All-Female Cast Recording, a project featuring Cynthia Erivo, Shoshana Bean, Debbie Gravitte, Ledisi, Bridget Everett, Orfeh and Debbie Gravitte. For it, James enlisted an all-female symphony orchestra, producers and engineers.

“It was a huge labor of love for me,” she says of the Jesus Christ Superstar album. “It took a lot of time and a lot of money. I’m incredibly proud of it. I’ll have physical copies at my show. It’s an all-star cast. It’s taken me several years to finish it. I think that when women come together, great things happen. There was never a project exactly like that. I had a lot of people around me help bring it to a reality.”

She also just finished a new album, Nobody’s Fool, that she says represents a return to her R&B roots. It'll come out in 2023.

“It’s a ’90s R&B inspired album," she says of her fifth studio album. "It has nine original songs and one cover. We’re getting it mixed and mastered. We wrote most of the songs in the last few months. Two songs are older songs that never really found a home. Most of them are brand-new songs we wrote. It’s got flugelhorn, and it’s got a gospel choir on one track. My first studio record called Hunter was really a R&B record. I wanted to return to those roots, and I think it was time after doing three soul records back-to-back."

She says recording in Memphis helped her achieve an R&B state of mind.

"The studio we used is called Memphis Magnetic," she says. "It’s an incredible place to make music. My husband, Doug Wamble, is from Memphis. Someone recommended it. Scott [McEwen], the owner, had been in Nashville for many years. He felt a pull to Memphis and brought all his vintage gear and created a space that is truly unique magical and unique and so artist friendly. We keep returning again because it’s an incredible place to make music.”

For the spring, James has lined up a tour in support of the album. The trek will include a stop on April 10 at the Kent Stage.

“It’ll be a massive tour,” she says of the 2023 trek. “We’ll have a full band and an opening act. I will have some of my favorite musicians on the road with me.”
Coming soon: Cleveland Scene Daily newsletter. We’ll send you a handful of interesting Cleveland stories every morning. Subscribe now to not miss a thing. Follow us: Google News | NewsBreak | Instagram | Facebook | Twitter