Puscifer To Play MGM Northfield Park — Center Stage in May 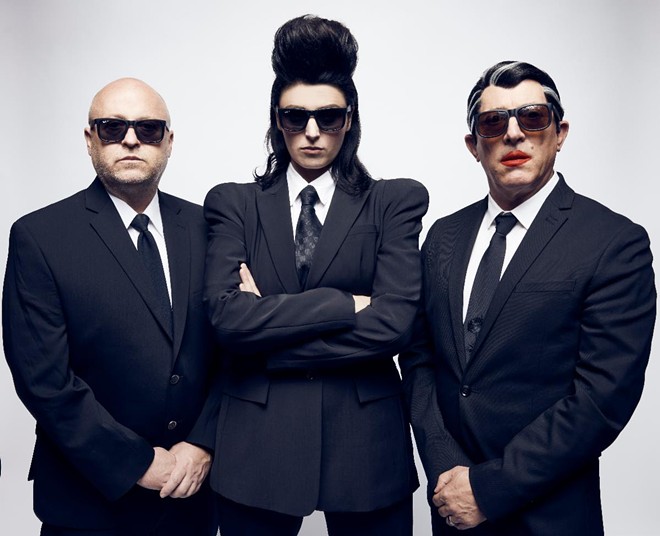 Travis Shinn
Puscifer.
The art-rock act Puscifer just released a new music video for “A Singularity (Re-Imagined by Carina Round)”; the song serves as a memoriam to singer James Maynard Keenan’s beloved and well-known dog MiHo.

In addition, the group announced a new set of tour dates and will perform on May 28 at MGM Northfield Park — Center Stage.

“On Oct. 7, 2021, I lost my Muse. Deadly Little MiHo lost her two-year battle with pancreatitis and kidney disease," says Keenan in a press release. "We thought we lost her in late 2019, so I panicked and wrote her this song. We were certain she was done for. But we were blessed with a second chance and a bit more time. I rarely share things like this. Too painful. But this one can’t be kept bottled up. As I have mentioned before, she has been hiding in most of my vocal tracks since 2005. She was either in or near the vocal booth every time I tracked. Her sigh, her bark, sniffle, sneeze. Her jingling collar. Her squeaky toys. Usually poorly timed."

This spring, the band will release Existential Reckoning: Re-Wired, a track-for-track re-imagining of the 12 songs from 2020's Existential Reckoning. Puscifer band members Mat Mitchell and Carina Round along with current touring musicians Greg Edwards (Failure, Autolux) and Gunnar Olsen reinterpret tracks from the record.

A ticket presale begins at 10 a.m. on Wednesday, Jan. 18. Tickets for the Puscifer concert at MGM Northfield Park — Center Stage go on sale to the general public at 10 a.m. on Friday, Jan. 20.