With the Wahoos. Saturday, February 8, at the Beachland Ballroom. 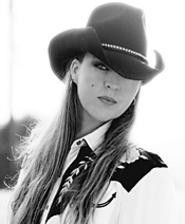 Stacie Collins
We refuse. We won't fall into the trap into which so many other local journalists happily leap by referring to Stacie Collins as "Cleveland's own" -- even if she does have a better claim on the prefix than Trent Reznor or that Middle East hostage fellow Terry Anderson, who moved from Lorain as an infant.

But we would be proud if Collins truly were a native of this area. Oklahoma-born and California-raised, Collins started her music career here, giving Northeast Ohioans a taste of achingly brilliant country soul. Collins's debut CD, dropped in 2000, showed that she and her husband-musical collaborator Al (Parma's own!) are two people in the country-music business who get it, displaying the passion of traditional country music while still sounding as modern as anything the industry suits force-feed radio programmers. Also, she blows a mean harmonica. Stacie and Al now live in Nashville, where they're working on a follow-up CD.

Opening the show will be the Wahoos, fronted by Columbus club owner Dan Dougan. Having played alternative country off and on for eight years, they're finally getting a debut CD together. And if you've had a taste of the group's hard-charging country rock, you know it's likely to be worth the wait.