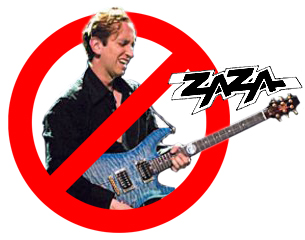 Clevelanders whose memories go back a few years might be startled to see the mention of a band called Zaza playing at the Beachland Tavern with the extravagantly named the Pains of Being Pure at Heart on April 30.

No, it’s not a reunion of the hard-rocking hair band that sailed to the top of the Cleveland rock scene in late '80s and early '90s and even garnered a bit of attention nationally. And it has nothing to do with that band’s former guitar player Neil Zaza, who has continued to do clinics and performances and make instrumental records since his band’s 1992 demise.

This Zaza — like their friends the Pains — is yet another buzz band out of red-hot Brooklyn, a dreamy, sultry ambient pop duo influenced by shoegazer bands like My Bloody Valentine who were plying their trade in the underground at the same time Cleveland’s Zaza was the toast of the local commercial rock scene.

The New York Zaza released a four-track EP called Cameo late last year, which is available for download for free on their website. Their plush, warmly melodic music — with tracks like the drifty, airy “Sooner or Late” and the elusively portentious “Repetition” — is well worth a listen.

But to those of us who remember the old Zaza and their 1991 CD Party With the Big Boys, it’s just, well, kind of weird. —Anastasia Pantsios