A Couple Infuriating Cleveland Clinic Headlines You Might Have Missed 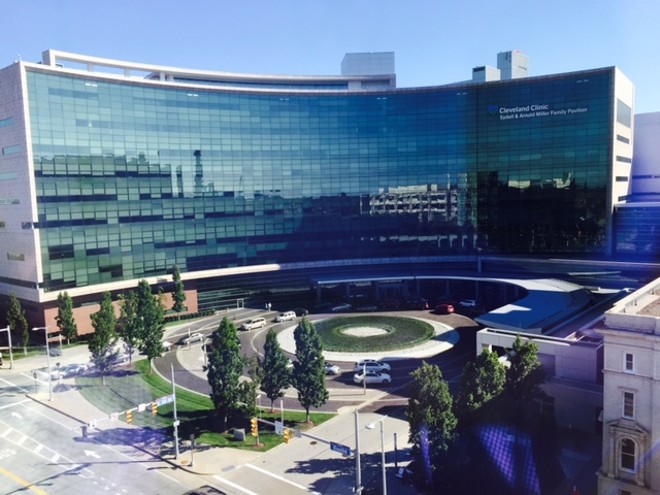 The hospital system based in Cleveland, which is annually ranked at or near the top of the big list published by U.S. News and World Report — No. 2 overall, No. 1 for cardiology this year — topped another list last month. And it should make Clevelanders sick with rage. Among all U.S. hospitals, the Clinic contributed the least toward charity care and community investments, relative to its tax exemptions. 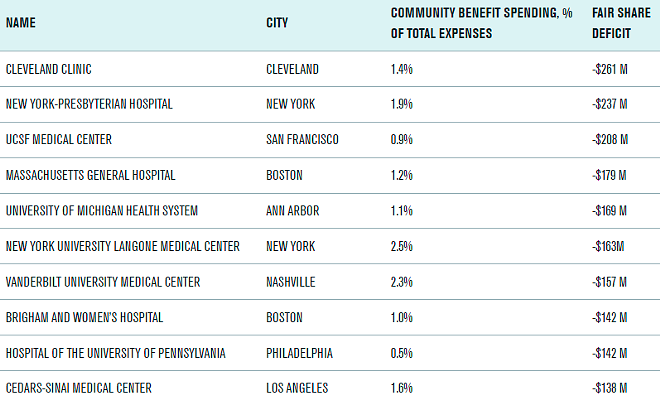 The Clinic makes $261 million more per year in tax breaks, in other words, than it spends on the community. (Its tax exemptions, including local property tax exemptions are premised on its charity care.)

The results of the Lown Institute study luridly collaborate reporting by Dan Diamond for Politico in 2017, when he showed that the Clinic was raking in huge profits while the areas surrounding the hospital's main campus were some of the most impoverished in Cleveland.

Before the Lown Institute study, Kaiser Health News published a piece in the UK Guardian in June about the Cleveland Clinic's expansion in London, an effort it characterized as "nakedly commercial."

"Despite their tax designation, non-profit hospitals are as aggressive as commercial hospitals in seeking to dominate their healthcare markets and extract as high prices as they can from private insurers," the piece read. "Though they do not pay dividends, some non-profits amass large surpluses most years even as more and more patients are covered by Medicare and Medicaid... Cleveland Clinic, one of the wealthiest, ran an 11% margin in the first three months of this year and paid [CEO Tom] Mihaljevic $3.3 million in 2019, the most recent salary disclosed."

In Ohio, the piece found, the population is aging, with more and more people transitioning from higher-paying commercial insurance to Medicare. The Clinic, in turn, has sought to maximize its profits by offering high-priced care in places like Florida, where it seeks wealthy clients, and abroad in Abu Dhabi and now London. Cleveland Clinic London, the Guardian reported, is scheduled to open for outpatient care later this year, with overnight stays beginning in 2022.

Locally, the Clinic receives little but adulation. It is celebrated not only for its status as a nationally ranked healthcare system but for its role as the region's top employer. But it should be criticized — harshly and often — for its substantial role in perpetuating poverty in Cleveland. It now has the distinction of being the most selfish hospital in the nation, and leaders shouldn't be shy about shaming them into contributing more.