"Everything must be on the table," Ronayne says. 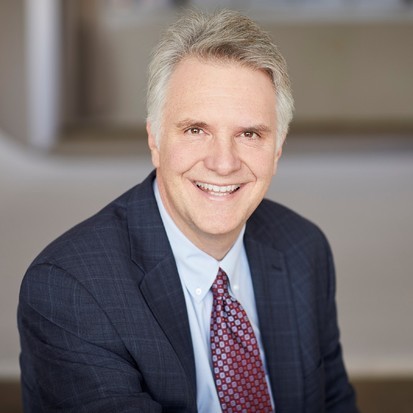 Democratic Cuyahoga County Executive candidate Chris Ronayne has proposed a suite of immediate solutions aimed at hiring and retaining case workers and social workers within the county's Department of Child and Family Services.

Hiring bonuses and retention bonuses are among Ronayne's ideas to strengthen a depleted department that came under the microscope last week, when two veteran workers made public comment at a county council meeting to expose a laundry list of unsafe conditions at the Jane Edna Hunter Social Services Center, the DCFS office building where children in the county's care are housed.

Among the allegations were that some of the children routinely depart county custody to prostitute themselves or others and commit other criminal acts. The staff is entirely under water and often threatened with physical violence. They are called to perform emergency care and leave other tasks — including manning the child abuse hotline — unattended. The workers claimed that these concerns have existed for years and have fallen on deaf ears.

In response to the grave allegations, the state of Ohio Department of Job and Family Services is sending a rapid response team to evaluate the situation.

Cleveland.com reported that as of May, there were 47 vacancies for child support officers and 124 for DCFS social workers, along with 108 case workers, according to the county's count.

Ronayne's solutions are in line with previous commentary and aimed at addressing these staffing shortages. In a statement Monday, he called for a "a streamlined hiring process" that "doesn’t cut corners but does expedite the hiring of new, highly trained staff."

He proposed immediate contract renegotiations with juvenile placement agencies to increase wage maximums in an effort to prevent other nonprofit organizations from hiring away county workers. And he suggested both retention bonuses for frontline DCFS workers and hiring bonuses to increase applicants for open positions.

Additionally, Ronayne called for an "onsite law enforcement presence" at Jane Edna Hunter and the creation of a crisis committee on the topic of child placement with local and national experts to plan long term solutions.

“We have a broken system right now, a situation that is completely unacceptable," Ronayne said in a press release. "There is nothing more important than protecting children in the county’s care and supporting county workers... We need solutions and everything must be on the table to add and retain staff at DCFS, protect children and workers, and solve this crisis."