It still notched awards for some of its rides though 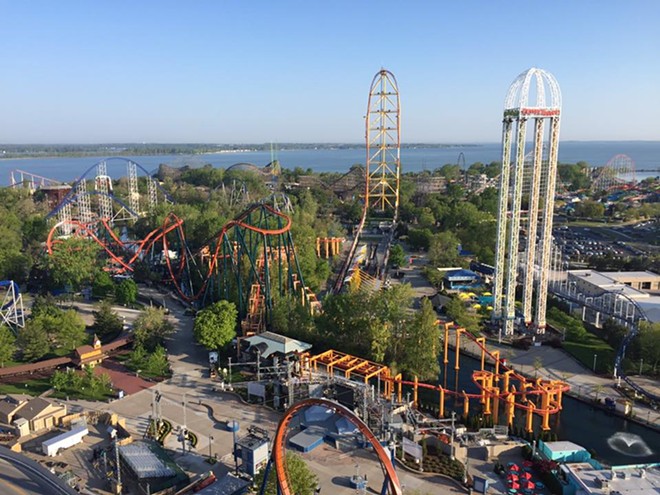 America's roller coast is... somewhere else?

Amusement Today this week unveiled its annual Golden Ticket Awards, which recognizes the best parks, food, attractions and coasters around the world, and for the first time since the awards debuted in 1998, Cedar Point was not ranked among the top five amusement parks.

The Cedar Fair property in Sandusky took home its share of awards in individual categories, including nods on the list of top 25 steel coasters (Steel Vengeance, No. 2; Millenium Force, No. 3; Maverick, No. 10; Magnum, No. 25), but it slipped from familiar ground in the overall rankings, as it has been doing since it ceded the No. 1 spot it held from 1998 to 2013.

The list of top parks is now led by Europa-Park in Germany, followed in order by Dollywood, Phantasialand in Germany, Universal Island of Adventure in Florida and Silver Dollar City in Missouri.

As for the reason behind Cedar Point's gradual slide in the rankings, Taylor Bybee of Coaster Studios told the Sandusky Register: "These five parks are each more experience-focused while I would argue Cedar Point has always been more ride-focused. Now, I will say they’ve been starting to change that the past couple years, but each of these parks provides very well-rounded experiences where there’s tons to do for everyone, not just roller coasters. Rides are important in creating a great park experience, but they’re not everything."

The park has in recent years has announced projects and updates to remedy that situation, with efforts to cater to families outside of traditional rides.

Meanwhile, Park of the Year, part of the publisher's pick awards, went to Kings Island in Ohio. Editor-in-chief of Amusement Today Gary Slade chose the park “because of its important 50 year history and its perfect celebration of it.”

The voters recognized some of the park's most famous attractions including The Beast and Diamondback, plus some of the newer rides like the Mystic Timbers and the park's giga coaster, Orion (a coaster with an over 300-foot drop), that opened in 2020.