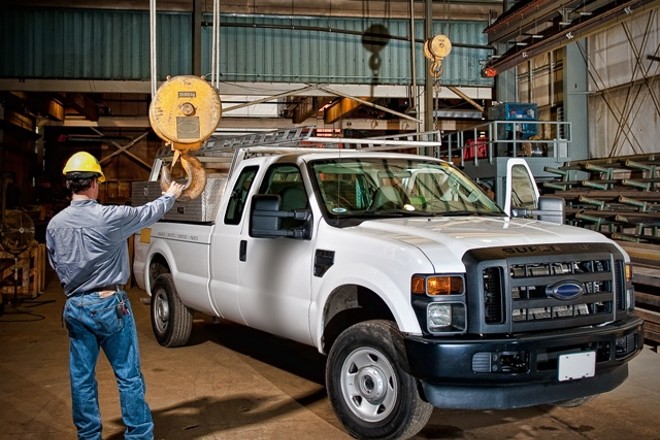 Adobe Stock Photo
Ohio is the "birthplace of aviation," but it's also home to many other key industries. And a new report says climate change is affecting the viability of auto suppliers, farms, manufacturers and other businesses in the state.

President of the Business Forward Foundation Jim Doyle said companies depend on Ohio for its access to key waterways, model climate for corn and soybeans, and fast-moving global supply chain. That means a lot of use for the state's infrastructure, which Doyle said makes it particularly susceptible to extreme weather events.

He noted two dozen Fortune 500 companies are headquartered in Ohio, and 20 of them have issued warnings to investors about severe weather risks. According to the research, since 2014, Ohio has experienced 15 climate- or weather-related disasters that each topped $1 billion in damages.

Doyle contended state and national political leaders should end the climate change debate, and focus on the challenges businesses are confronting. He said rising temperatures, flooding and drought are changing the ways companies build, where they locate and how they insure their assets.

"Severe weather is hurting their commodity prices. It's hurting them on their supply chains. It's damaging plants and equipment, and it's also messing with consumer demand for their products," he said. "Ohio companies are doing a great job mitigating these costs, but they're rising - and it's going to get tougher and tougher."

Without action on climate change, Doyle warned, some Ohio companies could go out of business. He added the risk to the auto industry is massive.

"Assembly plants operate with two to three hours of parts on their shelves at any one time," he said. "When that auto supplier or supply chain gets disrupted by severe weather, it has a huge impact on all plant profitability. And it's a challenge that the automakers and auto suppliers in Ohio are dealing with every day."

The auto industry employs more than 100,000 people in Ohio, and in 2016, contributed nearly $17 billion to the state's economy.