Kelly will take over for Brian Mooney on January 12 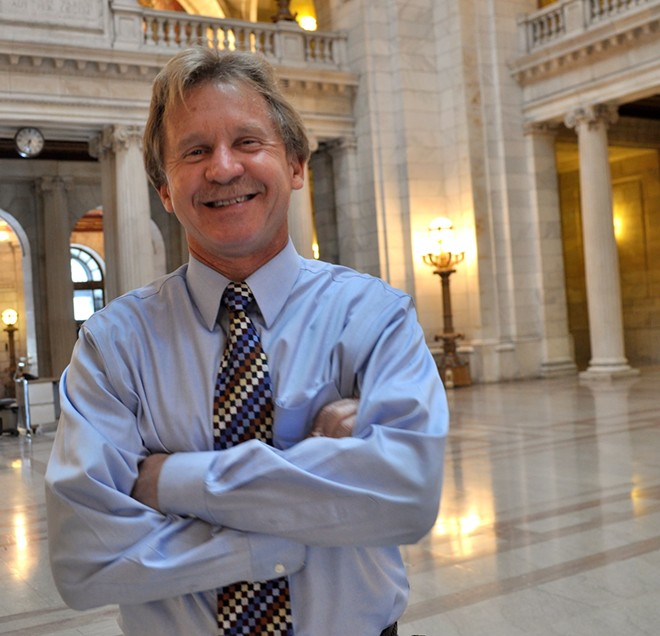 Kelly's selection follows longstanding practice of allowing council members who leave to choose their replacements. Council is expected to further lock in Kelly's pick by confirming his appointment at a scheduled council hearing this evening at City Hall.

“I am honored that Councilman Mooney has nominated me as his successor,” Kelly said in a statement. “I raised four kids with a union book in my back pocket and will work hard for the residents in the ward.”

Kelly is set to take over Mooney's vacant seat January 12, and will attend his first council meeting on January 23.

Monday's ascension to a council seat is not Kelly's first brush with local politics. In 2015, then a recruiter for Cleveland Metropolitan School District, Kelly, then 55, vied for Ward 16 on a pro-cop, community revitalizing agenda.

"We need to become a front-porch community," he told the Plain Dealer at the time.

Kelly lost — and then lost again. In his first bout, Kelly gained a meager 166 votes in the 2015 primary election, 9 percent of the electorate. His interest in city politics seemed to have lain dormant until Mooney's recommendation this month.

Kelly's interest in workers' issues has been more constant. He boasts 45 years in Laborer's Local 310 — and they've been far less dramatic ones than his father's tenure leading the local longshoremen's union 45 years ago.

Greene, who notoriously escaped 36 car bombs in the summer of 1976, developed a reputation as a bare-chested Robin Hood of Collinwood, paying neighbors to scout suspicious vehicles. That included his son, Kelly, who goes by his mother's maiden name. Up until Greene was blown to bits in a Lyndhurst parking lot on October 6, 1977, his teenage son worked as his close concierge and road security, often checking cars' undercarriages for dynamite explosives.

By the time he was a junior, Kelly has said, he knew there was a price on his head.

As has been documented in past profiles, Kelly's life veered in a direction parallel to, yet separate from, his father's. Like Greene, he remained devoted to community — there's that front-porch mentality — his Catholic faith and his Irish heritage. He also evidenced loquaciousness, single fatherhood and knack for a Democrat's take on unionizing.

Yet Kelly shied away from the limelight — and the kind of barrel-chested displays of power that cultivated his father's myth as a union organizer and a mob boss. In 2002, when Greene's killer Ronald "Ronnie the Crab" Carabbia was scheduled to be released from prison, Kelly famously supported his right to parole.

"As you get older, you get a little more compassionate," he said in 2002. "I would love for my father to be around and meet his grandchildren."

For now, Kelly is officially holding Mooney's seat until September, when there will be a primary election to determine Ward 11's more permanent position holder. The special election comes because Mooney left his seat with more than two years until the following, regular election.