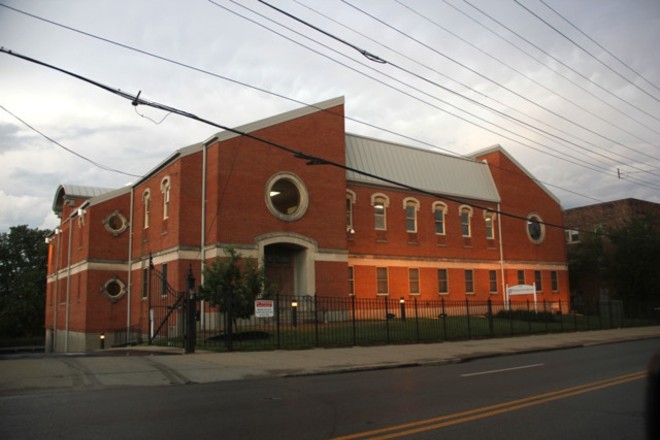 A federal judge yesterday temporarily blocked a portion of a ban on the most common method of second-trimester abortions passed last December by the Ohio legislature and signed by then-Gov. John Kasich.

U.S. District Judge Michael Barrett has prohibited Ohio from legal action against doctors who perform dilation and evacuation procedures as a lawsuit against the ban brought by Planned Parenthood works its way through federal courts. Other provisions in the law, however, stand for now.

House Bill 145 banned so-called "dilation and evacuation" procedures, which are used in roughly 95 percent of second-trimester abortions — those taking place between 15-20 weeks after conception. The procedures are sometimes also undertaken after a woman has a miscarriage. Under the law, doctors performing the procedures could be charged with fourth-degree felonies and sentenced to a year and a half in prison. The law makes limited exceptions when a pregnancy presents a risk of death or serious injury.

The procedure accounted for roughly 3,400 of Ohio's more than 20,000 abortions in 2017. During the second trimester, the only alternative to the outlawed procedure is inducing labor, an expensive and more arduous option.

Pro-life groups applauded the passage of the bill, while advocates for abortion access have called it unconstitutional and cited opposition from physician groups like the American College of Obstetricians and Gynecologists.

Barrett argued that without the procedure, many women will not have an option for abortions they may seek before a fetus is viable but after the first trimester of pregnancy. That, he argues, suggests Planned Parenthood may have a good chance of arguing the law is unconstitutional in federal court.

Opponents of the law say that it will close off an option for abortion that is most often used when there are potential health complications for the mother. The bill's supporters, however, point to the exception for cases in which the mother's life is in danger due to her pregnancy.

Barrett, however, called that exemption "narrowly drafted at best, and unconstitutionally vague at worst."

"D&E is the only pre-viability second trimester abortion method available in the outpatient setting in Ohio," Barrett wrote in his decision. "Without the option of selecting a different method, or the ability to rely on a sufficiently broad medical exception, physicians who perform D&E are presented with a series of demise options that layer risks on top of existing risks."

Also at issue in the case is whether a fetus in the second trimester of pregnancy can feel pain. Barrett wrote that he did not believe science shows this to be the case, though he did acknowledge that the state has a legitimate interest in trying to prevent fetal pain.

Nine other states have passed similar laws, some of which have been rejected by federal courts in Alabama, Arkansas, Texas and elsewhere after legal challenges.

“Planned Parenthood is pleased that the court ruled on the side of our patients," Planned Parenthood of Greater Ohio President and CEO Iris E. Harvey said in a statement today. "While we rejoice in this temporary win, we know that there is more work to do to ensure that Ohioans’ right to health care is not further eroded. Planned Parenthood is prepared to relentlessly fight for all Ohioans to access the full spectrum of reproductive health care, including safe, legal abortion.”

Both pro-life and pro-choice advocates have identified recent legal restrictions on abortion — 20 of which Ohio has passed under Kasich and now DeWine — as attempts to trigger a court battle that could topple Roe v. Wade, the landmark U.S. Supreme Court decision that affirmed women's rights to abortion access.

Pro-life groups blasted Planned Parenthood's lawsuit when it was filed in February.

"It's hard to imagine how Planned Parenthood could be in support of a procedure which allows living unborn babies to be ripped limb from limb," Ohio Right to Life said in a statement. "At what point will the court reject Planned Parenthood's frivolous lawsuits?"