O'Malley: "What these individuals attempted to do was not only dishonorable but also criminal." 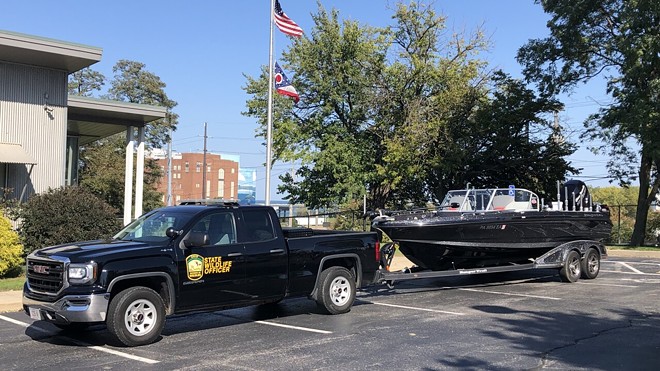 The fishermen were found to have inserted lead weights into fish they submitted at the championship event held at Gordon Park, the video of which drew nationwide attention. If the weights had been undiscovered, Runyan and Cominsky would have won the event and taken home nearly $30,000 in winnings.

The Unlawful Ownership of Wild Animals charge, according to the prosecutor's office, relates to the possession of fish filets on board Cominsky's boat. If convicted, Runyan and Cominsky could have their fishing licenses indefinitely suspended.

The other three counts are fifth degree felonies and carry punishments of up to one year in prison and up to $2,500 in fines.

“I take all crime very seriously, and I believe what these two individuals attempted to do was not only dishonorable but also criminal,” said Prosecutor Michael C. O’Malley in a press release.

Tuesday morning, authorities in Mercer County, Pennsylvania, executed a search warrant and seized Cominsky's boat and trailer. The investigation and seizure was a joint effort between the Ohio Department of Natural Resources, the Prosecutor's Office, the Pennsylvania Fish and Boat Commission, and the Mercer County DA's office.

Cominsky's boat and trailer are now in the possession of ODNR.