Sent to Save the Cleveland Browns, Eric Mangini Instead Put on a Clinic on How to Drive a Team's Morale Into the Ground 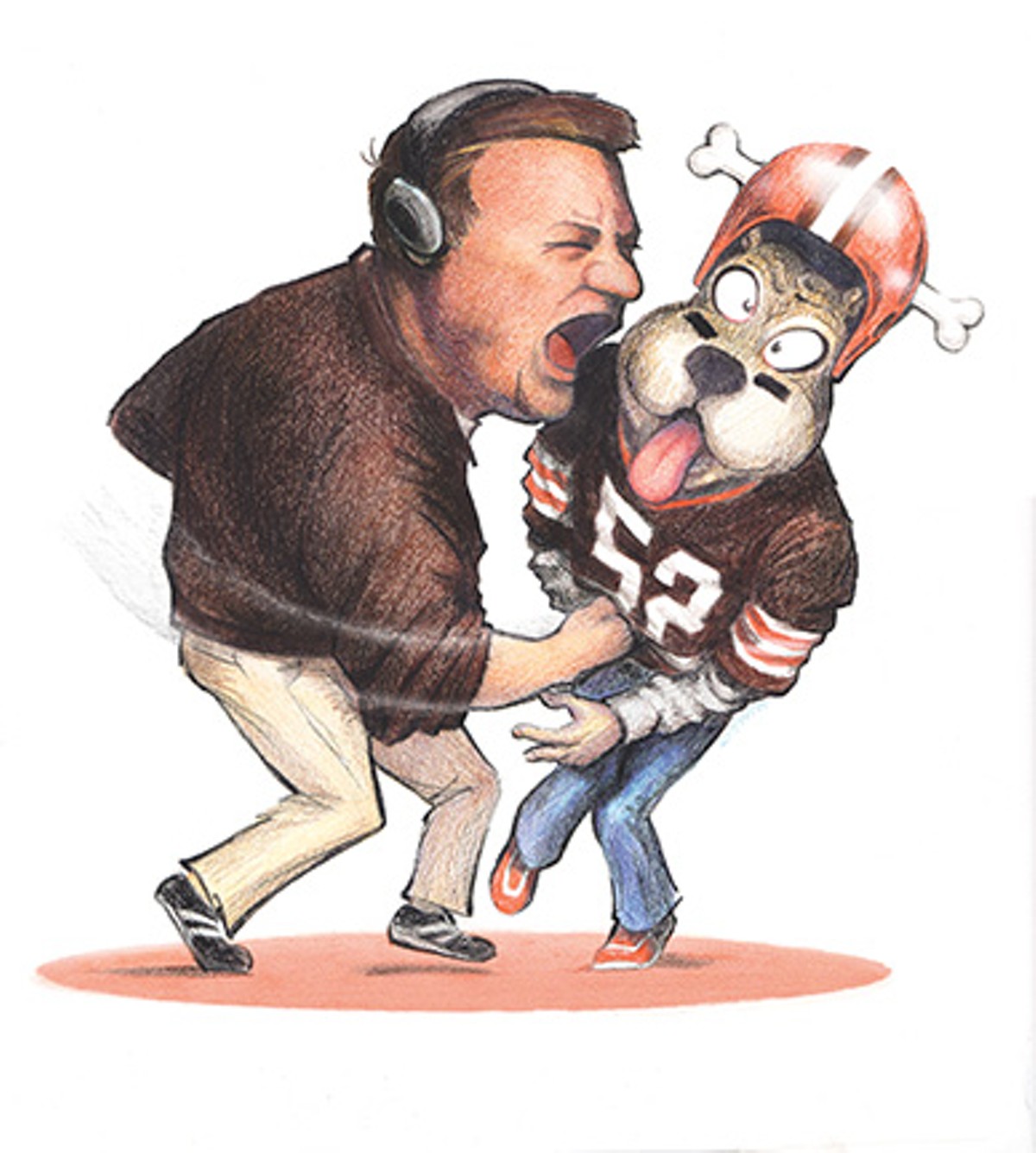 Nate Jackson played eight seasons in the NFL, six of those spent with the Denver Broncos from 2003 to 2008. As the rigors of the game took their toll on his body, the tight end bounced around the league recovering from injuries and seeking a roster spot. His new memoir, Slow Getting Up (published by HarperCollins, available September 17), details that life in football.

Before the 2009 season, Jackson was signed by the Cleveland Browns. In this excerpt, Jackson explains how then-coach Eric Mangini killed the spirit of the Browns, setting the team back untold years in its rebuilding project. Printed with permission of the author and Harper-Collins; all rights reserved.

The Cleveland Browns call me three days later. Same story. They want me on a flight that night for a workout the next morning. But it's already evening when they call. So they put me on a red-eye. I'm picked up and taken directly to the facility, where I change with one other guy in the coach's locker room and we make our way to the indoor field for our workout. Also at the indoor field is half the Browns team, going through a stretching routine intended to flush the soreness and the gunk out of the beaten bodies of training camp. They are doing their stretches, but they are watching us. I know it's likely that somewhere among those nameless faces, some tight end sees us and knows that he is in trouble.

The workout is similar to the one in Philly, except for one addition: the forty-yard dash. I am prepared for it but quietly hoping like hell I don't have to do it. I haven't run the forty for time since I was coming out of college. It takes a good amount of technical training to be a good forty runner. And it's not football, either. Football is never a straight line out of a track start. And my hamstring is shit. I can mask its shittiness as long as I don't have to hit top-end speed, which is actually easy to avoid on a football field. Football players rarely hit fifth gear. But the forty-yard dash requires it. And I'm worried my entire pelvis will explode right there on that field, with scouts timing me and coaches evaluating me and players watching me. Kaput. Get him a body bag.

But my pelvis doesn't explode. I run a 4.6: plenty fast for my job description. The rest of the workout goes great. I catch everything. I even make a few improbable circus catches that I know no one else can make. After the workout, they bring me up to a coach's office area and ask me to wait for a while until I can do a physical and meet with the GM. They send the other guy home. I sit in the room for four hours watching daytime television. Finally I am brought downstairs for the physical. They poke and prod. I tell them I feel marvelous. Then I go back upstairs and meet with General Manager George Kokinis in his office. It overlooks the practice fields. He is wearing standard-issue Browns coaches gear: visor, team T-shirt tucked into mesh shorts, ankle socks, and tennis shoes, sitting at a huge mahogany desk, pictures of his family everywhere, a large television with practice film paused and a remote control on his desk.