My Weekend at a Northeast Ohio Nudist Camp 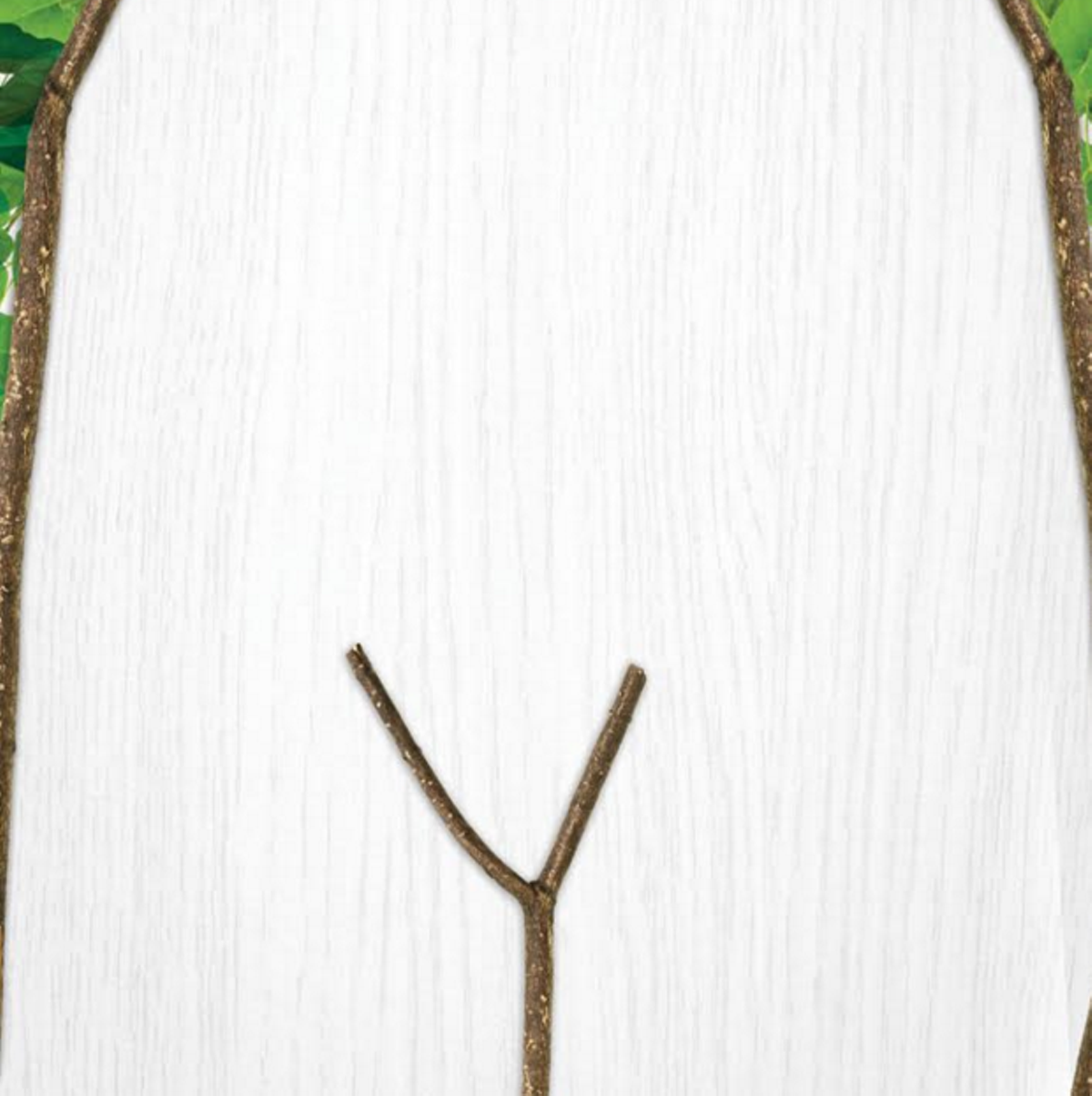 Cradling my beach towel close to my chest, I clutch a red Solo cup full of champagne and pineapple juice. I take a long drink and start to relax a little, eventually setting the cup and towel aside. I sprawl out on the chair, uncovered, closing my eyes and basking in the uninhibited sunshine as water laps the sides of the pool.

"Hey, did you two get settled in okay?" a maternal voice asks me. I open my eyes and reach for my glasses. "Oh yeah, we're having a great time," I reply, pulled back into reality for a second, a little dazed by the warmth of the July day enveloping my body.

"All right, well, just as a reminder," the voice says, "there is no clothing allowed in the pool."

We're a half an hour south of Cleveland at the Green Valley Family Nudist Camp, a place where men, women and families cavort together in the nude, located near neighborhoods in Medina County that shade red on your friendly local political maps. A nudist camp in Northeast Ohio? Many neighbors don't even know it exists, let alone the rest of Clevelanders. It's one of those perplexing places, cloistered by choice and circumstance, with a rich and colorful history brimming right beneath our noses. Or other body parts, as the case may be.

I rank high on the "comfortable-being-naked" scale, probably because I am young and have received relatively little negative feedback when naked. I identify with white, body-positive feminists (a la Lena Dunham), and have accepted the bumpy, square-shaped structure I was born in. Being undressed doesn't scare me.

There's very little history of Green Valley online, save for a bare-bones website that boasts "average people from all walks of life" with members "of all shapes and sizes." A few articles from the early 2000s offer little information to sate the curious mind. So what's a gal to do but go experience it for herself, right?

I made a reservation for mid-July and convinced my best friend to come along, for comic relief and company and because, at the end of the day, it'd be a story to tell. Bonnie is like me in many ways, a mixture of eccentric and curious, liberal yet self-aware. We had envisioned bringing more guests on the adventure but, it turns out, organizing mutual friends to sign up for a weekend in our birthday suits proved difficult despite the short drive. Even my boyfriend declined to join the Garden of Eden outing. Like the vast majority of people, he said it was too far out of his comfort zone to spend a couple of days naked with strangers. Alas, we set out as a fearsome duo.

We made our way to Green Valley, or the approximation that Google Maps had found for our search, via hilly back roads and past horse stables and the Bath Township ballparks. Technically in Granger Township, nestled between Hinckley, Richfield and Fairlawn, the 47-acre campground seems to be reluctant to be found amid barns and chain restaurants catering to the interstate crowd. In fact, you'd be hard-pressed to find much besides a P.O. box listing online.

The drive reminded me of traveling to Girl Scouts camp my freshman year of high school. I wondered if Green Valley would be anything like the weekend I spent beading necklaces in my underwear alongside my pubescent troop. In retrospect, maybe if we'd all been more comfortable with our bodies back then it would have saved some years of combined confusion.

When you defeat Green Valley's urge to not be found, you'll find two miniscule mustard letters affixed to a pole just off the road: GV. The letters signify something special to "snowbirds" returning to their summer nests. They act as a makeshift address to keep the estate shrouded in pastoral privacy, so hidden that even snooping neighbors can't find them. As we pull off onto their gravel drive, there is a chainlink fence decorated with barbed wire on top.

"Hi. This is the Hunt party of two. We have a reservation for a cabin," Bonnie says assertively out of her unrolled driver's-side window and into the speaker box. A metallic female voice echoes over the intercom, "Okay, go ahead and come straight up to the office."

Somewhere behind the fence she pushes a button and the gate swings open. I shove our phones into the glove box. On Green Valley's website, an FAQ section suggests that the only thing nudists hate more than using their last names are camera phones. It's just as well.

"There are just too many people out there on the internet that would get a kick out of knowing we're here together, naked," Bonnie says.

Bonnie and I see a welcome sign attached to a fragment of fence painted brick red with white script. It reads: "Welcome to Green Valley, A Family Nudist Camp," in a medieval-looking font. We pass a chalkboard sign on the opposite side of the car with updated activities for the weekend. The speed limit is a 10-mph crawl so the golf carts, which have run of the camp, can keep up.

The majority of Green Valley runs as a co-op, with members working together to complete work projects and maintenance on the grounds, based on their talents, abilities and time. As we park next to the sky-blue shed that serves as the office, I spot a guy on a riding mower cutting the lawn. He's naked, of course.

A middle-aged blonde hippie with glasses resting on the bridge of her nose and a large bronzed bosom takes our IDs into the office before gathering brochures and a complimentary bag and towels for us. We survey the shelves packed full of sarongs, wraps, sunglasses and bangles. "Do they have any sunscreen?" I ask Bonnie, terrified of burning my nipples. We sign off on our paperwork after reviewing the rules and regulations, and exit the office in single file behind our nude guide.

She loads us up on the back of her golf cart, the leather seats hot to the touch from the summer sun, to take us on an abridged tour of the park. We ride along past the one-room shack where we'll be staying, across from the pool, outdoor showers, and community restrooms inside the clubhouse, to a modest pond stocked with fish and a lone paddleboat. Kitschy signs around the ornately decorated trailers parked on the grounds beam inspirational messages like, "It's 5 o'clock somewhere," and "Park your butt and take a seat," the latter emblazoned with a set of bare buns.

Besides the pool, Green Valley's campgrounds include pickle ball and volleyball courts, as well as a playground for kids and tetherball. I have never played tetherball, clothed or otherwise, so I add it to my list of things to do this weekend. Several fire pits sit stocked with chopped wood and kindling, a task members of the co-op perform as part of their grounds duties. Inside the clubhouse, a small stage and tables are set up for community ice cream socials, dances, and live performances.

Green Valley has had a surplus of visitors this season, which runs from Memorial Day to Labor Day, because of the good weather, our guide tells us. Ten cars are parked in the lot by the time we arrive at 11 a.m., and just as we finish unpacking our towels, a mammoth RV from New York pulls up just feet away from the cabin. A couple, probably in their 60s, emerges.

Meanwhile, Bonnie and I have disrobed and made our way across the courtyard to the pool. The fenced-in perimeter of the 72,000-gallon pool is the only zone of Green Valley where it's mandatory to be naked. They do this for sanitary reasons, but with the water temperature set to a balmy 85 degrees (and 101 degrees for the hot tub), who really needs a suit, anyway?

Thirty chairs surround the pool and six are occupied by the time we sit down. Nudist etiquette dictates that you should bring at least one towel with you at all times. That's to sit on. Towels, as suggested on the site's FAQ section, are also good for the rare occasion someone becomes visibly excited. "Simply don a towel, turn over, or take a quick dip in the pool," it suggests.

"I think a lot of people knew about it, but thought it was more legend," says Kaitlyn Berle, a friend whose parents live only a few miles away from the camp, when I tell her about my trip. "I knew it was real, but I also can't believe you went." In 28 years, she'd never seen Green Valley and didn't know anyone who had visited, though if they had, they probably wouldn't have advertised it to their conservative neighbors.

"My wife's first husband, they lived one street over," says Steve B., the vice president of Green Valley's member-run board. "They knew it was here, but they could never find it."

The president of the Green Valley board, also named Steve, confirms the surrounding community's naivety. "My office has been around the corner since 1999 and nobody up there knows we're here," he says. "For many, many years we kept it that way. The less people knew we were here, the less exposure and the less headaches we had."

Each of the six board members I met with seemed impressed that I had been willing to bare it all for the sake of telling their story. It was similar to the vulnerability that they had gone through themselves: Everyone starts as a visitor at Green Valley. In 1929, the first nude organization in the United States was established as an extension of a German movement called Nacktkultur, which encouraged people to lead a healthier lifestyle associated with being nude. In the 1930s, nudism gained popularity due to growing tolerance of sexual expression in America and testimonials of its therapeutic physical and mental benefits, according to Naked: A Cultural History of American Nudism by Brian Hoffman. That's about the time the history of Green Valley begins, at least so far as can be recounted these days.