Parma Ranked One of the Safest Suburbs in America 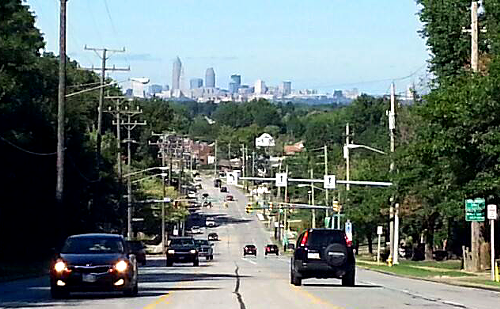 Despite the surrounding hustle and bustle, big city suburbs can be pretty pleasant. Picture well-kept parks, colorful parades, and kids playing in the front yard—all that good, sunny hometown stuff.

Parma's no exception, and it's been recognized by Movoto Real Estate's blog as the third safest suburb in America.

The blog ranked Parma just behind Carmel, IN and Fishers, IN— two other neighborhoods known for being homey.

To get these rankings, the bloggers looked at suburbs of the 50 most populous cities across the country, and then checked out three things: (1) property crimes, (2) violent crimes, and (3) the chances of being the victim of a crime.
Parma's higher rate of violent crimes kept it from being #1,but its property crimes (451) and chances of being a victim (1 in 161) were damn low for the town's population of 82,000 residents.

Plus, with the Cleveland skyline in the horizon, Parma can't get much better, right?