Platform Brewing Lays Off Nearly 30 at Production Facility in Cleveland 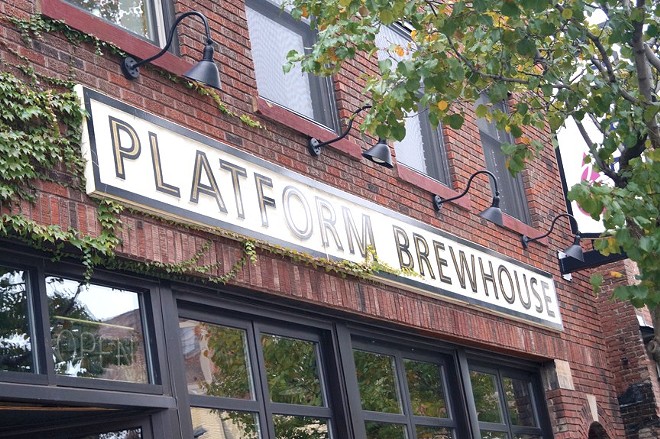 An estimated 25-30 employees at Platform Brewing Company's production facility in Cleveland's Clark-Fulton neighborhood have been (or are in the process of being) laid off, Scene has learned.

Those who work at the facility, brewing, testing, canning, packaging and warehousing all but Platform's Haze Jude IPA, (the brewery's cash cow, which is produced offsite in New Hampshire), received a message Thursday night on the company's Slack channel advising them not to come into work Friday. Employees told Scene that this message alluded to work being done at the building, but was "vague" and "seemed sketchy."

Friday morning, the Slack channel had been disabled and employees had no access. The Slack network was how they typically interacted with their direct supervisors, and so they had no way of figuring out what was going on. Then they got the calls from Platform leadership and reps from HR — known by Platform as the "People Department" —  telling them they'd been laid off.

"I assume the People Department is just the layoff department," one employee told Scene, "because they've always been dogshit with people."

According to employees,  those laid off will be paid in full and given severance that corresponds with their age and duration of employment.

The reasons for the abrupt layoffs remain unclear. When contacted by Scene, Platform's co-owner Paul Benner said that "out of respect for the situation," he would comment later in the day.  Shortly thereafter, he provided the following statement:

“Since we started brewing at our Cleveland production facility in 2016, the building has been an important part of our business and will continue to play an integral role in our consumer-first strategy. We will continue to brew and package beer at the facility, but moving forward, we will evolve our production plan to best fit the space, focusing on brewing high-quality beer as we work toward our collective goal of brewing the best beers in Ohio. Unfortunately, several employees at the production facility were impacted and we’re working to assist them through this transition.”

That evolution, for now, including everyone on the canning line getting the boot. Employees could only speculate that as the brewery enters a slow season, the decision may have come from Anheuser-Busch, the parent company that acquired Platform in 2019. The upshot could either be a radical downsizing of Platform's total production or outsourcing of production to other facilities. A significant culling of the brewery's enormous portfolio of beers was already in the offing.  (An email to Anheuser-Busch's media department seeking comment has not yet been returned. This story will be updated if and when they respond.)

Employees told Scene that details were not provided in their layoff calls. One employee was told that Platform was "reevaluating its production process." Another was told that the building itself, which is owned by Platform co-owner Justin Carson and rented by Anheuser-Busch, could no longer support production.

Workers had just completed a huge batch of Platform's "MUNI" beer, a "crushable" hazy IPA made in partnership with the Cleveland Browns. And employees suspected that Platform was waiting until that run was out the door before delivering the news. Today's layoffs followed others earlier in the week in the company's sales department.

The bar and taproom on Lorain Avenue is a separate operation and is thought to be remaining open. Most of the brewery's top brewers were known to have retained their jobs as of mid-Friday morning.

"The whole situation sucks," one employee said. "Platform kind of had a shitty name for a long time for a lot of people, both because they've been notorious for bad business practices and because you used to buy a six-pack and like half the cans would be empty. But I never wanted it to have those negative connotations. I got people drinking Platform and I did my best to be a good representative of the company, and this is what I get: fucked."

Sam Allard is the Senior Writer at Scene, in which capacity he covers politics and power and writes about movies when time permits. He's a graduate of the Medill School of Journalism at Northwestern University and the NEOMFA at Cleveland State. Prior to joining Scene, he was encamped in Sarajevo, Bosnia, on an...
More