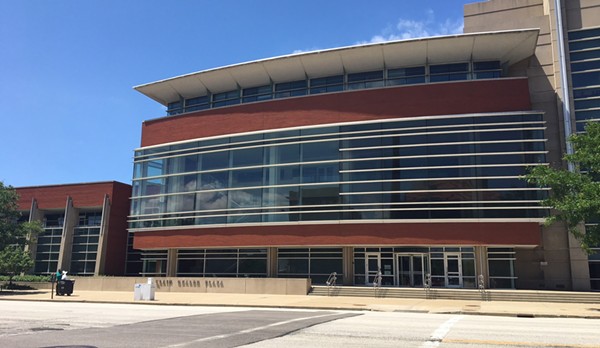 As many as 70 community leaders will convene Thursday at Cleveland.com HQ (1801 Superior Ave.) for a two-day “design session” to discuss and plan a regional economic development summit.

The session will employ something called the “Appreciative Inquiry” method, developed at Case, which encourages positivity and "focuses on answers, not problems" via group conversation. Per the method’s founder, David Cooperrider, AI is “a proven method to help diverse stakeholders discover their collective strengths to align around a shared vision and then co-create action initiatives to realize their highest aspirations.”

But the design session has been the subject of controversy. It was pursued and conceptualized by an As-Yet Unnamed Committee Of 15 civic leaders (AYUCO15) that includes Cleveland.com editor Chris Quinn, and has been framed as only the introductory planning portion of a much broader economic development conversation, which will include the summit in 2019, to which all will be theoretically invited.

While AYUCO15 leaders and the press continue to say that the planning process should be “inclusive,” the full list of the session’s participants has not been released. And some wonder, given the makeup of AYUCO15, whether or not it will truly represent the community it’s ostensibly planning for.

(Destination Cleveland has said that the list is not yet finalized and will be released Wednesday.)

On Nov. 26, Crain’s Editor Elizabeth McIntyre wrote in an editor’s note that the group of 15 was startlingly lacking in female representation. Only two of the 15 leaders were women.

“You can't throw around words like 'inclusion' if you aren't holding yourself to that very standard,” she wrote, “and the best place to start is by looking at who is, and who isn't, seated at the table with you.”

Local attorney Rebecca Maurer, who created the SerialLand blog, felt the same way. She volunteered for the design session, she told Scene, but was denied. She reported in a Crain’s op-ed that she was told the list of participants had been culled from Cleveland Leadership Center's program graduates, recent Crain's “40 Under 40” honorees, and the private networks of those who have helped develop the effort.

“I've never seen such a clear articulation of an unspoken truth embedded in our region's economic development ecosystem,” Maurer wrote. “For so many in this space, ‘community members’ are businesses executives, nonprofit leaders, and the networks of those already at the table. Community members are not the average people whose lives and livelihoods depend on our region's economy.”

(Certain “outspoken individuals” from the local news media were said to have been invited as well. This may or may not refer to Scene’s CEO Andrew Zelman, who received an invite from Destination Cleveland, but said he was not privy to the wider invite list.)

In response to the lack of transparency and a presumed lack of inclusion, a group of protesters will rally outside 1801 Superior Thursday and will call for changes to the planning process. The rally has been billed as the launch of a larger effort to incorporate equity into long-term planning, and rally organizers say they’ll be soliciting applications from members of the public who wish to serve as community representatives.

“The response is necessary because the organizers of this [design session] have failed to create a transparent and inclusive process,” said Rebecca Maurer, one of the organizers, in a prepared statement. “The group claims to have invited a broad set of community members to this crucial conversation. In fact, a private invitation went out to only a few dozen well-connected people. Since the invite list is secret, we have no idea if Cleveland will be well-represented in its true diversity or breadth of experience. We suspect not.”

In a phone conversation Monday, Maurer said that it was important to address the issue of inclusion immediately. She also said that while she would be interested to see the full list of participants, and called Destination Cleveland’s plan to release it “a good first step,” much more is required.

“What I’m worried about is that this [AI design session] is going to set the tone for the entire planning process,” she said. “If they only start thinking about inclusion and equity after the planning has taken place, it’s too late.”

Like others, Maurer said she was surprised that the AYUCO15 leaders haven’t internalized what is by now more a mandate than a hint: Better community representation is important to the people of Northeast Ohio. In virtually every recent conversation about local economic development, the most persistent refrain has been that Cleveland’s leaders are old and stale and hostile to new ideas. Jon Pinney, whose speech at the City Club in June is regarded as the summit’s public origin, was chastened for calling upon only white male leaders to step up and lead.

“What should be hyper-awareness about inclusion has translated into hyper-awareness about using the word ‘inclusion,’” Maurer said. “It demonstrates that they aren’t listening.” She reiterated a version of a theme that she succinctly laid out in her Crain’s piece: “When you design the structure of the summit, you are helping to design the substance of the summit,” she wrote. “When you design the table, you choose who gets to sit there.”

Co-organizer Yvonka Hall, Director of Outreach for the Cuyahoga County Progressive Caucus said, “Cleveland has seen this type of economic development planning process before. For decades, it's left people doing well even better off, and the average Clevelander far behind."

In the meantime, Destination Cleveland has invited media members to a briefing session Wednesday on the Appreciative Inquiry method, which appears, on first blush, to be a boardroom manifestation of ‘looking on the bright side.’

An online introduction to the method says that AI “is about the search for the best in people, their organizations, and the strengths-filled, opportunity-rich world around them. AI is not so much a shift in the methods and models of organizational change, but AI is a fundamental shift in the overall perspective taken throughout the entire change process to ‘see’ the wholeness of the human system and to “inquire” into that system’s strengths, possibilities, and successes.”

This method, which may or may not produce an actionable plan to help the region realize its highest aspirations, should in any case insulate Cleveland leaders from unpleasant ideas, including the fact that many of them may be the problem.