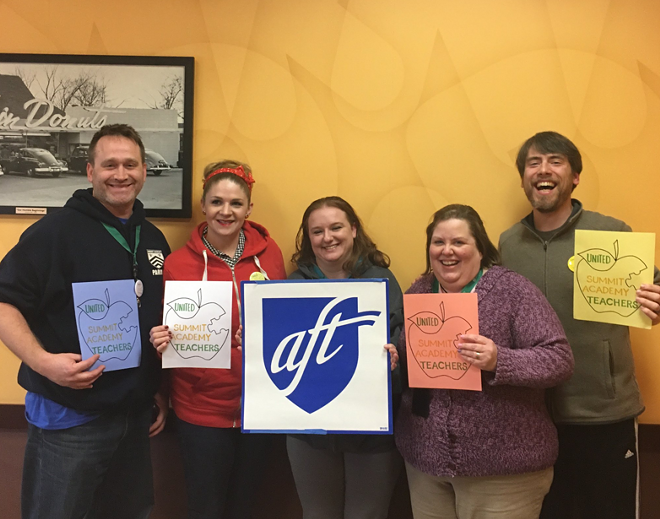 
On Tuesday, February 26th, teachers, intervention specialists and instructional aides at Summit Academy Painesville filed a demand for union recognition with the school’s principal. The union will join the Parma teachers union as the second in the Summit Academy school system and the seventh unionized charter school in the Cleveland area.

The bargaining unit at Summit Academy Painesville will be less than half the size of the Parma unit. However, with teachers at Summit Academy Parma still on strike, the addition of a second unionized school will add strength and gravitas to their efforts.

Summit Academy Painesville services students with specialized behavioral and learning needs in K-8th grade. According to a publicly available report, 72 students attended the school in the 2016-2017 year, 78% of whom came from low-income households.

The Ohio Federation of Teachers has created a web form to assist those interested in forming a union at any Summit Academy school to confidentially request assistance and information.